6G R&D Officially Launched, and WIMI Hologram Cloud's '6G+Holographic AR' Layout Is Both an Opportunity and a Challenge

With the large-scale commercialization of 5G, the exploration and discussion of the next-generation mobile communication technology, 6G, has also begun to become the focus of discussion in the industry. 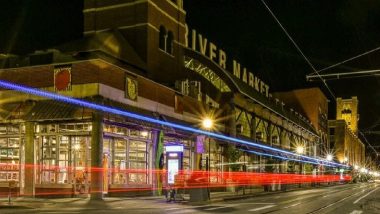 With the large-scale commercialization of 5G, the exploration and discussion of the next-generation mobile communication technology, 6G, has also begun to become the focus of discussion in the industry. As early as November 2019, the Ministry of Science and Technology launched the 6G technology research and development IMT-2030 promotion group involving 37 industry-university-research institutions, and the research and development of 6G was officially launched.

In May, Liu Liehong, Vice Minister of the Ministry of Industry and Information Technology, presided over a 5G/6G special meeting, requesting the IMT-2030 (6G) Promotion Group to further plan ahead and promote the development of 6G in a stable and orderly manner. In June, the IMT-2030 (6G) Promotion Group officially released the white paper "6G Overall Vision and Potential Key Technologies". As a staged achievement of the promotion group, the white paper covers the overall vision, eight business application scenarios, ten potential key technologies, etc., and expounds some thoughts on the development of 6G.

The white paper pointed out that the future 6G business will show development trends such as immersion, intelligence, and globalization. It focuses on eight major business applications, including immersive cloud XR, holographic communication, sensory interconnection, smart interaction, communication perception, inclusive intelligence, digital twins, and global coverage. On the basis of 5G, 6G will further expand from serving people to supporting the efficient interconnection of intelligent bodies, realizing the transition from the Internet of Everything to the Intelligent Connection of Everything, and ultimately helping the human society to realize the vision of "Intelligent Connection of Everything and Digital Twin".

Countries around the world actively deploy and build a 6G vision

6G competition has already begun, the global 6G development is still in the early stage of research, and it is expected that 6G commercialization will be realized around 2030.

The South Korean government plans to invest a total of 200 billion won between 2021 and 2026 and launch a pilot project for 6G mobile services that has not yet been standardized in 2026. It is expected that 6G services will be commercialized in South Korea between 2028 and 2030. According to reports, its 6G pilot projects include digital medical immersive content, autonomous vehicles, smart cities, and smart factories.

All countries make every effort to build a 6G scale, which will surely accelerate the development of the 6G industry. In the potential applications of 6G immersive cloud XR (extended reality), immersive business applications such as clouded XR, holographic communication, sensory interconnection, and smart interaction can not only bring users a more immersive ultimate experience, and meet the interactive needs of humans at multiple sensory, emotional, and consciousness levels, and can also be widely used in entertainment, medical health, industrial production, and other fields to help digital upgrade and transformation of various industries.

6G provides many directions for thinking about the layout of domestic and overseas industries. For example, 6G provides new ideas for potential application scenarios in the virtual reality industry. The current MTP delay requirement of the VR system is not higher than 20ms, while the existing end-to-end delay has reached 70ms. Facing the future of 6G, the total delay based on MTP will be at least less than 10ms. According to the calculation of the Virtual Reality Industry Promotion Conference, the virtual reality user experience will reach a level of complete immersion. Under the application concept of 6G scenarios, industry verticals using VR/AR/MR related technologies will have a period of opportunities for vigorous development. After six years of development, it has established a relatively complete holographic technology research and development system, a holographic content production and storage system, and a holographic commercialization system.

Coincidentally, WIMI also has the world's leading 3D computer vision technology and SAAS platform technology. Through the AI algorithm, it can turn ordinary images into holographic 3D content, which is widely used in holographic advertising, holographic entertainment, holographic education, holographic communication, and other fields. According to the news, WIMI currently has a number of patents in professional fields such as vehicle-mounted AR holographic HUD, 3D holographic pulse LiDAR (laser radar), head-mounted light field holographic equipment, holographic car navigation, etc., and has become a holographic cloud comprehensive technical solution provider. In the market, WIMI has launched holographic AR terminal products, and is actively exploring the commercial implementation of multiple consumer scenarios around the world.

The arrival of 6G will promote the application of holographic AR technology, and its ultra-low latency can bring surprises to AR/VR. WIMI will explore the deep integration of 6G and AR/VR/AI to realize remote communication and data transmission. This will warm up the market for holographic applications such as medical rehabilitation, car navigation, film and television variety shows, as well as education and learning, and 6G+AR/VR is expected to unlock more business scenarios. With the continuous development of 6G network capabilities, video processing intelligence, and various terminal devices with 8K or higher resolution, the future information transmission will be realized through natural and realistic visual processing. This will realize the three-dimensional dynamic interaction of people, equipment, and their scenes, greatly satisfying the communication needs between people and the environment.

If 6G is used quickly, WIMI and all walks of life will continue to explore the combination of holographic technology and different application scenarios, and promote the real coming of the 6G + holographic era. So, do you expect 6G to be put into use?