Do Indian Men Have Longer Penises than American Men on an Average? Check out the Latest Study That Ranks Male Genital Sizes Across Globe!

Does penis size matter? This is one BIG question that can never be settled. But what can be settled is the average penis size around world. At least research exist related to it. A recent study revealed that may be Indian men have longer penises that American men who only have the 59th biggest in the world. 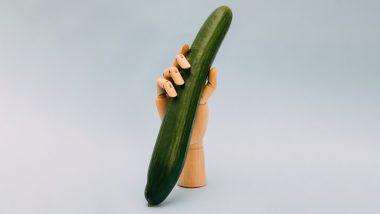 Does penis size matter? This is one BIG question that can never be settled. But what can be settled is the average penis size around the world. At least research exists related to it. A recent study revealed that maybe Indian men have longer penises that American men who only have the 59th biggest in the world. The study reveals that Indian men's average penis length is 5.40 inches followed by American men whose average penis length is 5.35 inches. In the race of having the longest penis, Haitian, French, and Aussies take the lead. They tend to have some of the longest penises in the world.

Men everywhere worry that their penis is smaller than the expected size or will they be able to satisfy their partners or not. But research has shown that most men underestimate themselves for this reason and their self-esteem takes a hit. Men have always given high importance to the size of their penis. Many cultures associate penis size with masculinity. Some men even try various ways to increase the size of their penis.

Online pharmacy From Mars' spokesman Navin Khosla said to The Sun: "Most men have wondered at some time or other if their penis is big enough. Penis size can have a massive impact on confidence and self-image." According to a 2015 study on 15,000 men, the average size of an adult penis was said to be as follows: Length: 13.12cm (5.16 inches) when erect and circumference: 11.66 cms (4.59 inches) when erect. There is a large variation in the angle of a stimulated penis. Some erect penis looks straight up, others straight down. Some have a slight tilt to the left or right. According to a report, the differences in the thinking of women and men about penis size were laid. It said, 85% of women were satisfied with the size of their partner's penis, while the percentage of men satisfied with their own penis size was 55%.

(The above story first appeared on LatestLY on Apr 21, 2022 09:31 AM IST. For more news and updates on politics, world, sports, entertainment and lifestyle, log on to our website latestly.com).