Kylie Jenner's barely-there crop top when paired with a classic pair of blue jeans is an outfit that's certainly NSFW. 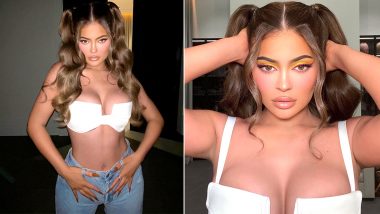 Kylie Jenner's social media account is buzzing all day. She's actively involved and believes in having regular updates for her fans. From posting her cutesy videos with daughter Stormi to flaunting her love for designer labels - Jenner sure knows how to keep her followers occupied. While we were still getting over her twinning session with daughter dearest, Kylie returned with another fashion update, this time in a simple crop top and jeans. While the makeup mogul insisted on calling it cute, we think it was anything but cute! Sister's Day 2020: From Gigi Hadid - Bella Hadid to Kylie Jenner - Kendall Jenner, Checking Out Hollywood's Most Stylish Sisters.

Kylie's barely-there crop top when paired with a classic pair of blue jeans is an outfit that's certainly NSFW. The attire gave her an opportunity to flaunt her assets and in the most sensuous way possible. Kylie further paired her look with pigtail and that probably helped her feel cute instead. Jenner kept her look uber glamorous by complementing it with nude lips, yellow eyelids, curled eyelashes and pink cheeks. For the ones who are trying to imitate her look, we wish y'all all the very best for it's quite difficult to bring in the same oomph as Kylie. Kylie Jenner's Pictures in Her Neon Pink Bikini are Screaming Hotness. 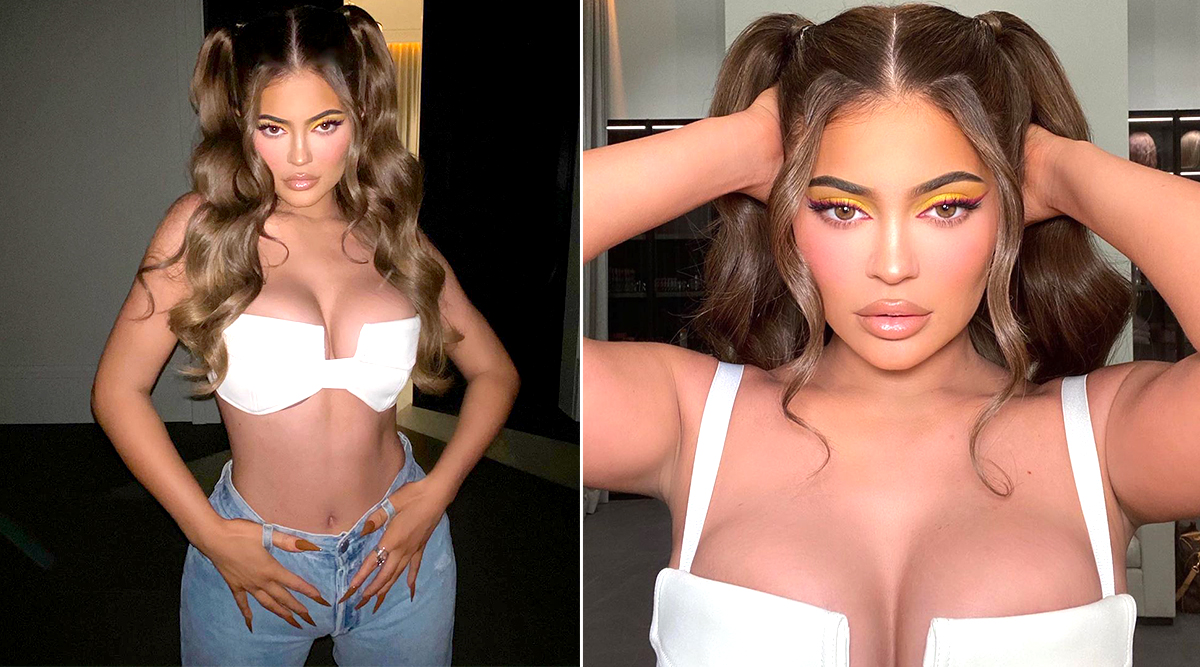 (The above story first appeared on LatestLY on Oct 08, 2020 02:21 PM IST. For more news and updates on politics, world, sports, entertainment and lifestyle, log on to our website latestly.com).