Army Day 2020: Part of UN Peacekeeping Missions, Leading Relief Operations, Valuing Human Rights – Here's Why Indian Army is One of The Best in The World 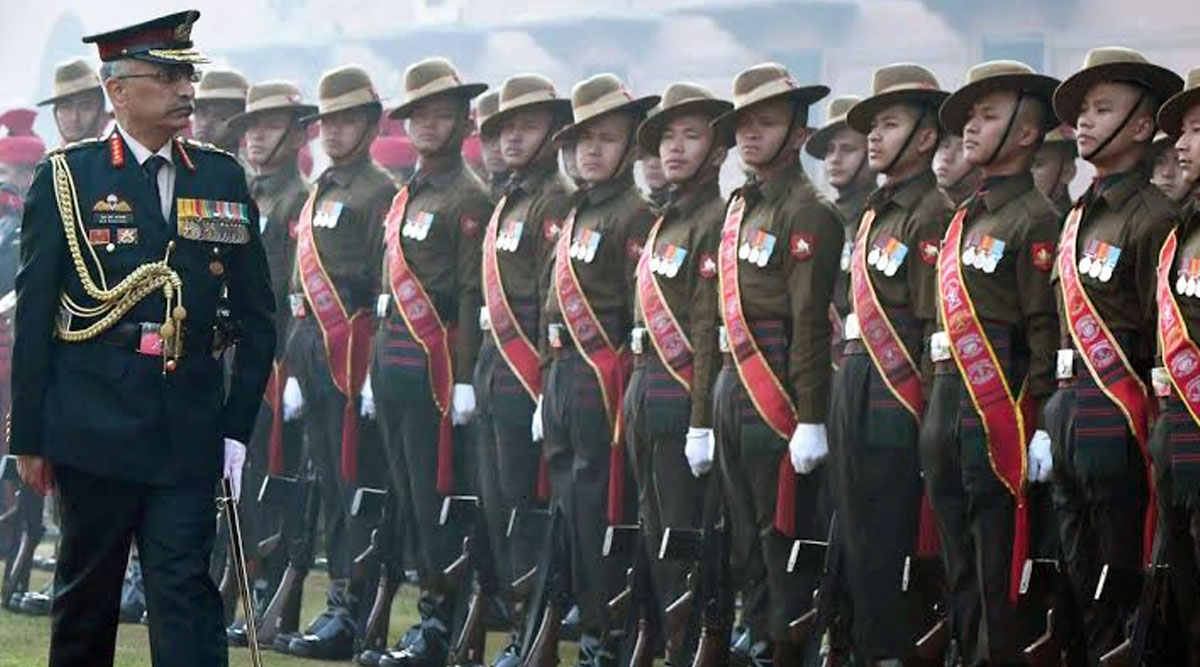 India celebrates its Army Day every year on January 15. On the same day in 1949, Field Marshal Kodandera M. Cariappa's (then a Lieutenant General) took over as the first Commander-in-Chief of the Indian Army from General Sir Francis Butcher, the last British Commander-in-Chief of India. This year, India is celebrating its 72nd Army Day. Army Day 2020: Date, History & Significance of The Day That Commemorates Take Over of Indian Army by Field Marshal KM Cariappa From British General Sir Francis Butcher.

The role of the Army in India is not only restricted only to protect the border or to give a befitting reply to foreign aggression. In times of emergency and natural disaster, the Indian Army is the go-to force, which is always ready to save the countrymen. The Indian Army is an extra-ordinary military organisation that instills a disciplined way of life in the men in uniform. It is this discipline that a soldier carries with him all his life, making him an asset for the country and society. Army Day 2019: General Bipin Rawat Gives Stern Warning to Anti-India Forces, Says 'Indian Army is Capable of Thwarting Any Foreign Aggression'.

Why The Indian Army is One Best Armies Across The Globe, Here are the Reasons:

Apolitical Organisation: Indian Army is an apolitical organisation. The force acts independently of the political establishment and maintains decorum.

Value For Human Rights: The Indian Army has always valued  for human rights. Last year, the Army gets a special human rights cell. The cell will be the nodal body to look into any rights violations.

Adventurous Activities: There are 25 state-of-the-art Army Adventure Training Centres in the Army that impart specialised training and certification to all volunteers that have the zeal and enthusiasm to pursue adventure activities. Army Adventure Wing (AAW) under the Directorate General of Military Training is the apex body for the planning, conduct, coordination and promotion of adventure activities in the Army.

Sports: Army men not only defend borders but have also make the nation proud in the field of sports. From Milkha Singh to Colonel (Retd) Rajyavardhan Singh Rathore, sportspersons, who got trained in the Army institutions had won accolades in sports. Last year, Major General (Retd) Vikram Dogra became the first genera-rank officer to complete Ironman Triathlon.

UN Peace Keeping Missions: Till now, the Indian Army has taken part in more than 43 UN Peacekeeping missions. Over 1,80,000 Indian troops participated in the UN missions. Currently, the Indian Army is part of UN Missions in Congo, Lebanon Sudan and South Sudan and other African countries.

Secular Organisation: The Indian Army is a secular organisation as it respects all religions. In every army regiment, there is a place of worship, where religious books of every religion are kept.

Like other government organisation, In the Indian Army, there is no provision of reservation on the basis of caste. The Indian Army is the fourth largest Army of the world after the United States, Russia and China. It has a strength of over 12 lakh personnel. A total of 21 Indian Army personnel had won Param Vir Chakras, India’s highest wartime gallantry award.

Meanwhile, Army Day is celebrated every year at all Army Command headquarters. Parades and other military shows to salute the gallant soldiers who sacrificed their lives to protect the country. As part of the celebration of the Army Day, Chief of Army Staff (COAS) takes the salute of the parade organised every year at the Cariappa Parade Ground of Delhi Cantonment.