Malala Day 2020: On Birthday of Malala Yousafzai, Check These Powerful And Inspirational Quotes by The Educationist-Cum-Youngest Nobel Prize Winner 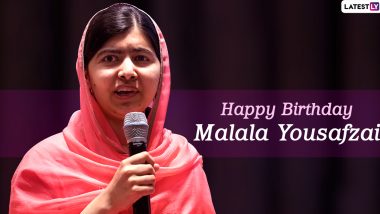 Pakistani education activist and the youngest Nobel laureate, Malala Yousafzai is celebrating her 23rd birthday today. Born July 12 in 1997, Malala Yousafzai became the face of Taliban brutality when she was shot in the head for going to school in the Swat valley in 2012. Her birthday has been declared by the United Nations as Malala Day in honour of the young activist and the struggled she underwent to educate herself which has inspired scores of other girls around the world. Priyanka Chopra Congratulates Nobel Laureate Malala Yousafzai on Graduating at Oxford (See Pic).

Malala was born in the Mingora town, a locality in Khyber Pakhtunkhwa province of Pakistan and studied in a local school run by her father, who believed in providing equal opportunities to all girls as boys. But a Taliban takeover in 2008 disrupted her education and girls were banned from going to school any further.

Some inspirational quotes by Malala Yousafzai that has encouraged and motivated millions:

“I raise up my voice — not so I can shout but so that those without a voice can be heard. We cannot succeed when half of us are held back” 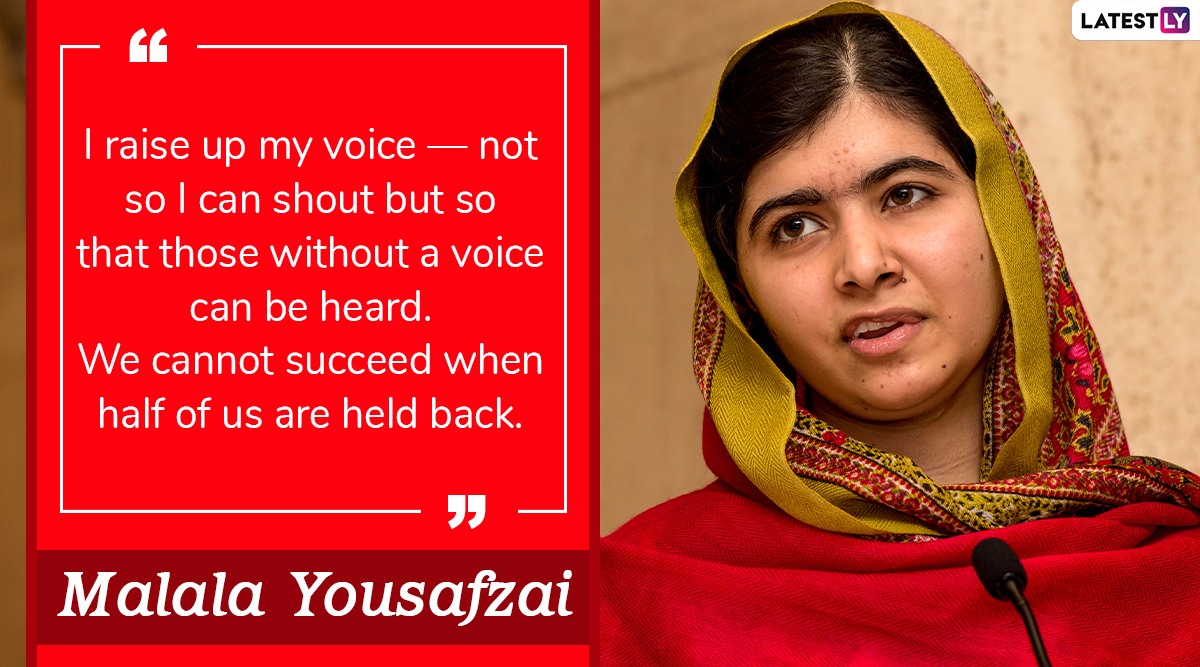 "If one man can destroy everything, why can’t one girl change it?” 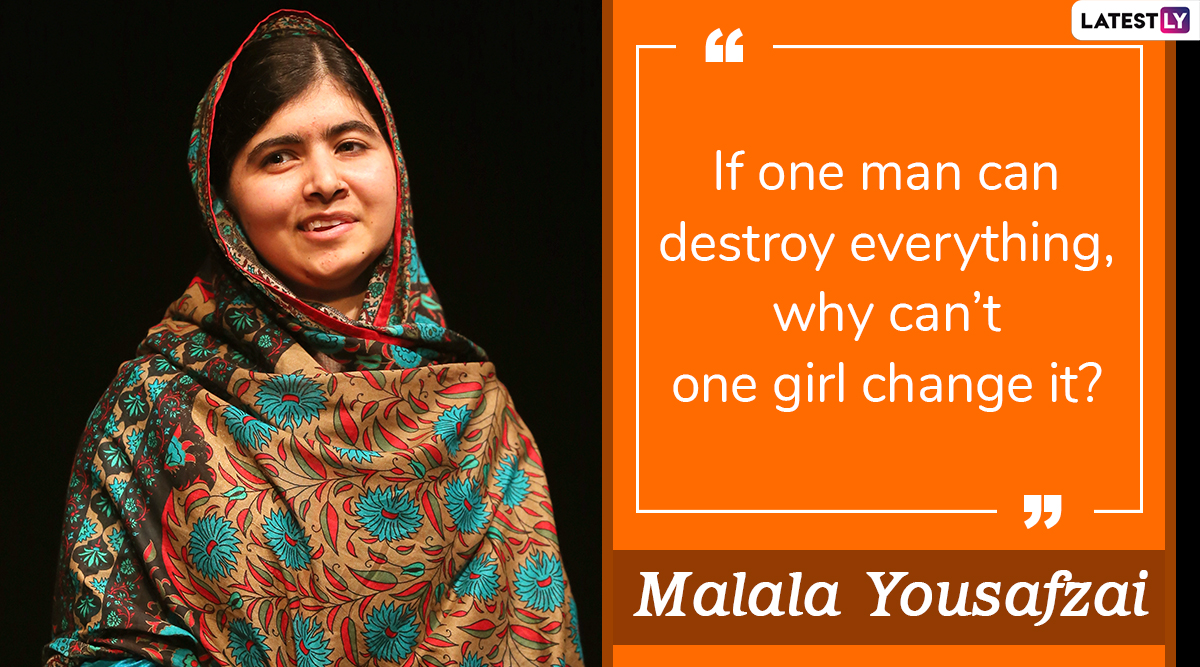 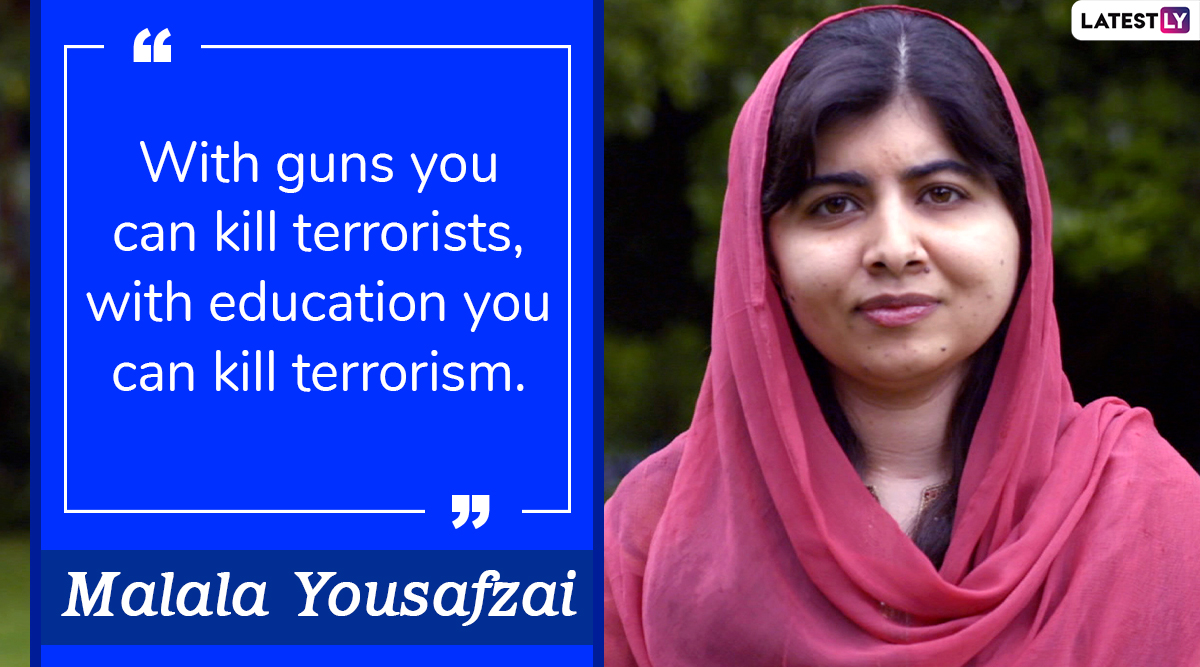 "Education is neither eastern nor western. Education is education and it’s the right of every human being." 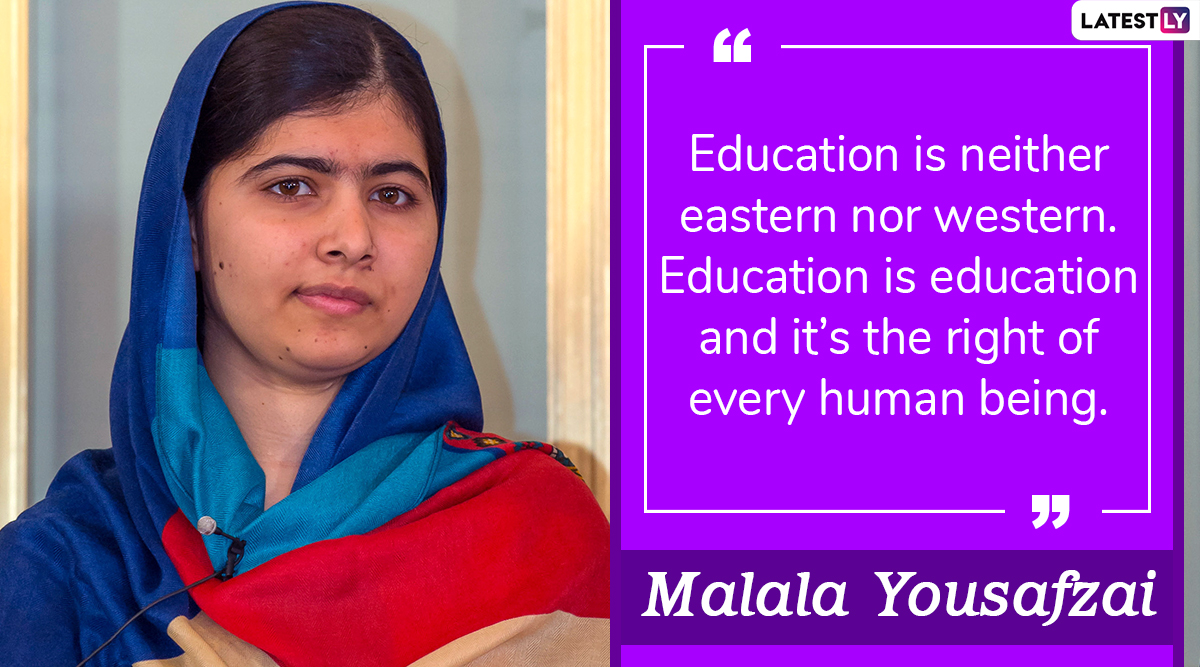 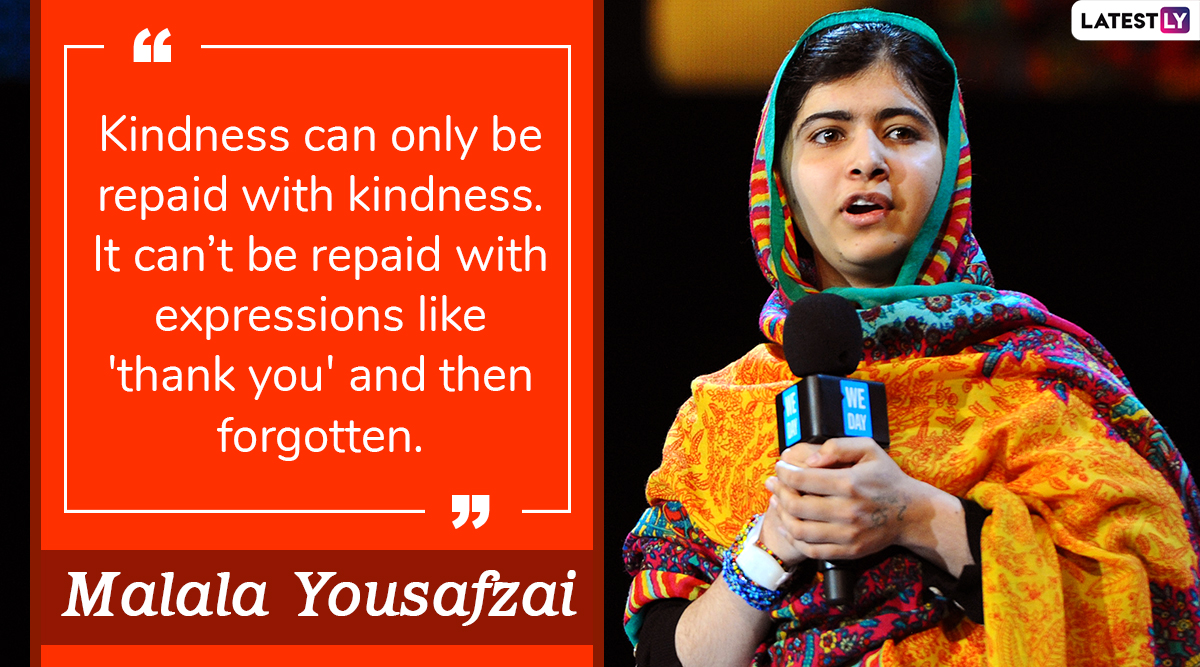 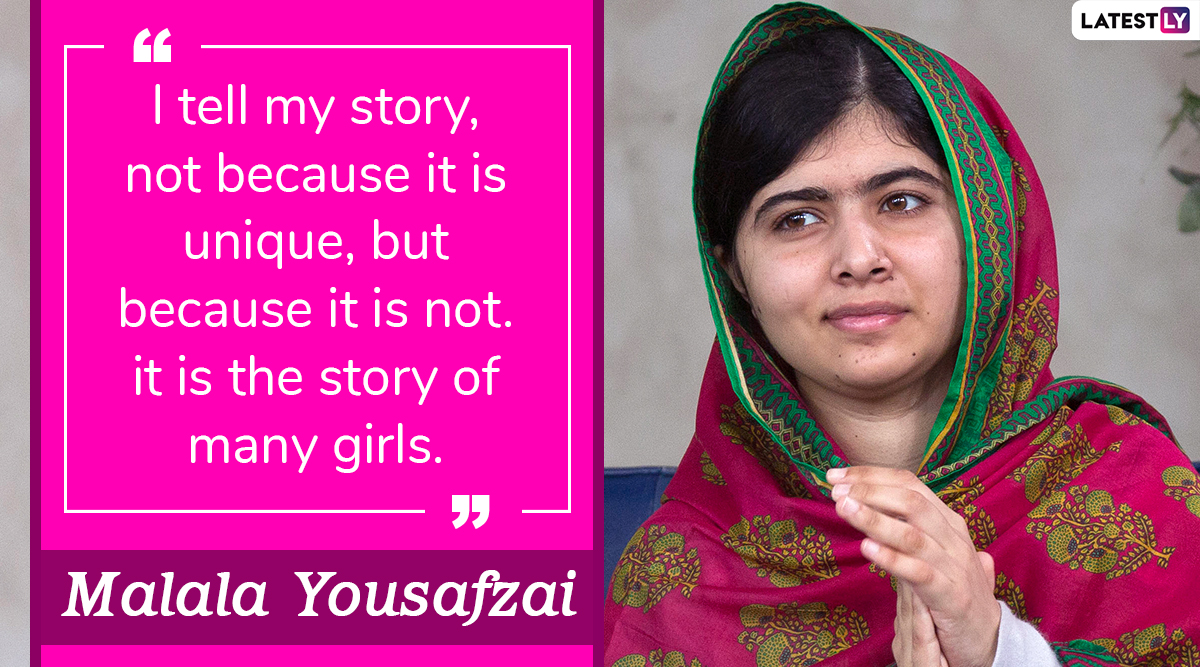 Inspired by her father's thoughts, Malala wrote a blog under a pseudonym detailing her life and struggle and the hardships faced by all girls who dreamt of educating themselves. The blog was published by BBC Urdu and there was no looking back for the young Malala. She became an education activist and despite being shot on the head, she has continued fighting for education for girls.

Today Malala Yousafzai is a global icon and an inspirational figure for millions of girls. She was awarded the Nobel Peace Prize in 2014 and is one of the pioneers of education rights across the globe. She recently graduated from Oxford University with a degree in Philosophy, Politics and Economics.

(The above story first appeared on LatestLY on Jul 12, 2020 08:15 AM IST. For more news and updates on politics, world, sports, entertainment and lifestyle, log on to our website latestly.com).