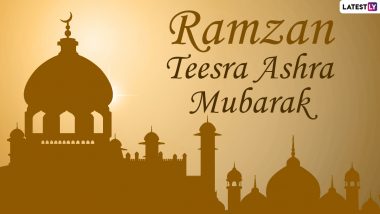 Mumbai, May 1: The holy month of Ramzan, which started in India on April 14, is ongoing. Ramzan, also spelt as Ramadan, is divided into three phases - Pehla Ashra, Dusra Ashra and Teesra Ashra. The first two phases comprise of 10 days, while the third lasts for 9 or 10 days, depending upon the moon sighting. Muslims in India will observe their 20th fast (roza) on May 3. With this, Dusra Ashra will come to an end and Teesra Ashra or the third and final leg of Ramzan will begin. Many Muslims send "Teesra Ashra Mubarak" greetings and messages to their loved ones to celebrate the arrival of last phase of Ramzan. Below you can find "Teesra Ashra Mubarak" messages, wishes, HD images for Facebook and WhatsApp stickers. Ramzan 2021 Timetable: Know Sehri, Iftar Timings in Mumbai, Delhi, Lucknow, Kolkata, Chennai and Other Cities of India for the Month of Ramadan.

The first phase of Ramzan is called Pehla Ashra, which is for Rehmat (seeking the mercy of God). The next ten days are referred as Dusra Ashra for Magfirat (seeking forgiveness). The third and final phase of Ramzan is called Teesra Ashra, for Nijat (emancipation from the hellfire). If you are looking for Ramazan Teesra Ashra 2021 wishes and messages or "Ramazan Teesra Ashra Mubarak" HD images and WhatsApp sticker to mark the auspicious event, here is everything for you. Ramzan Mubarak 2021 Wishes And Shayari: Happy Ramadan Urdu Messages, SMS, Chand Mubarak Image And Greetings To Celebrate Arrival of the Holy Month. 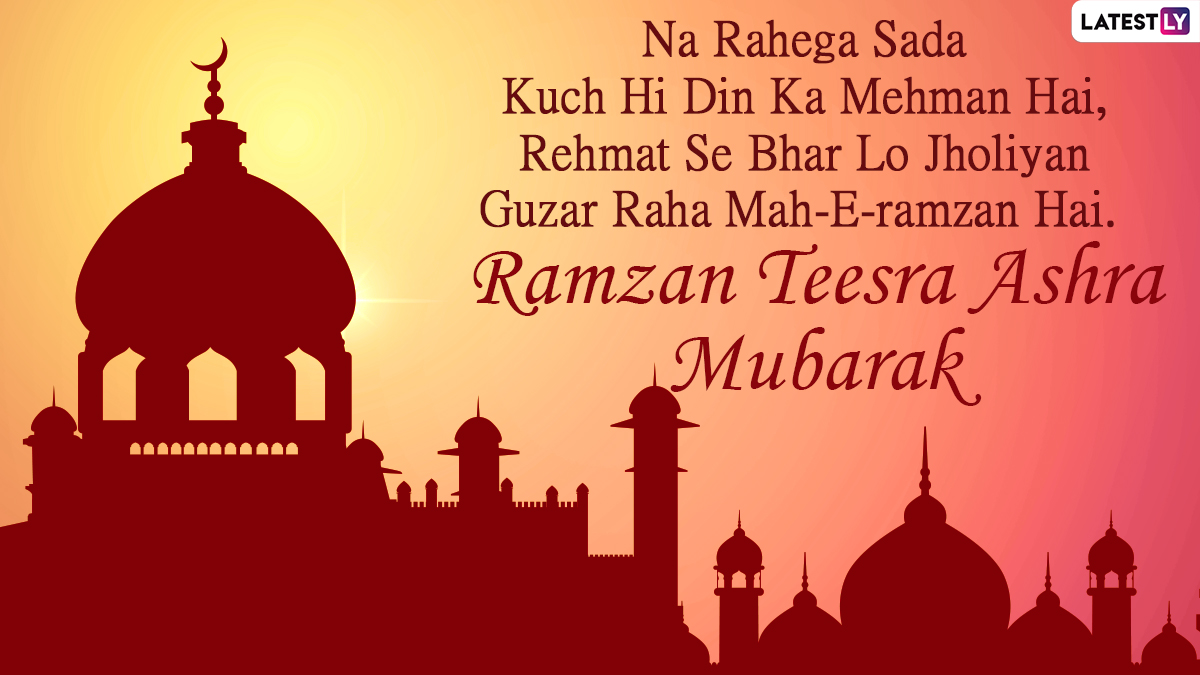 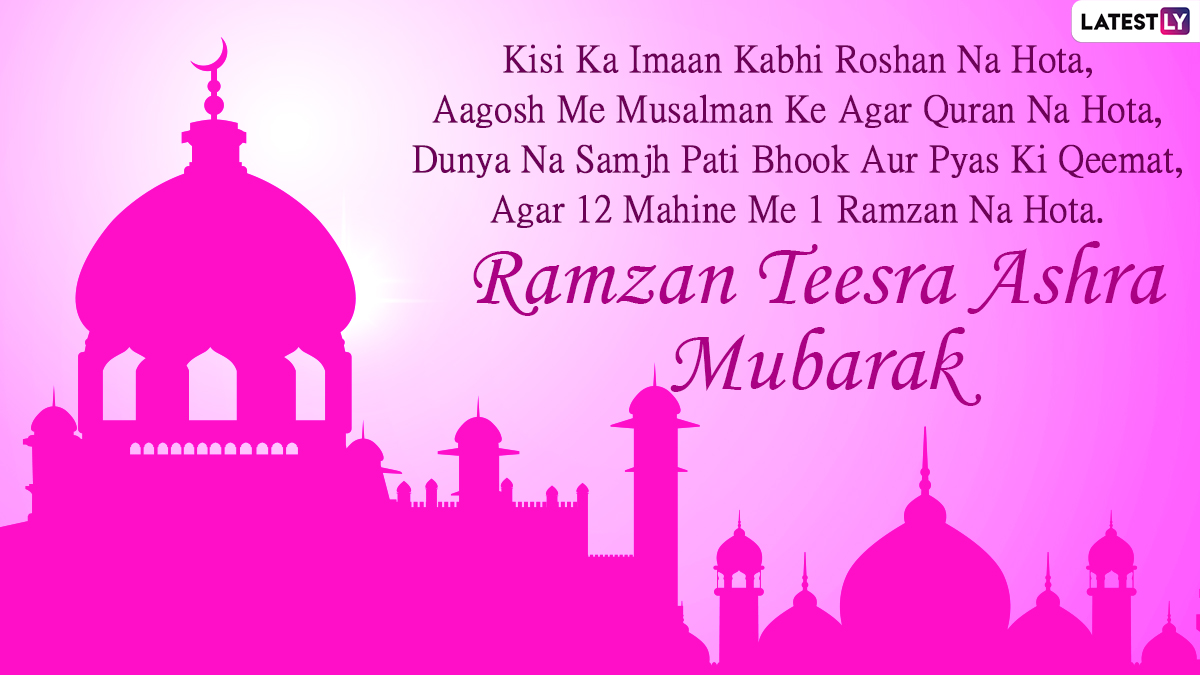 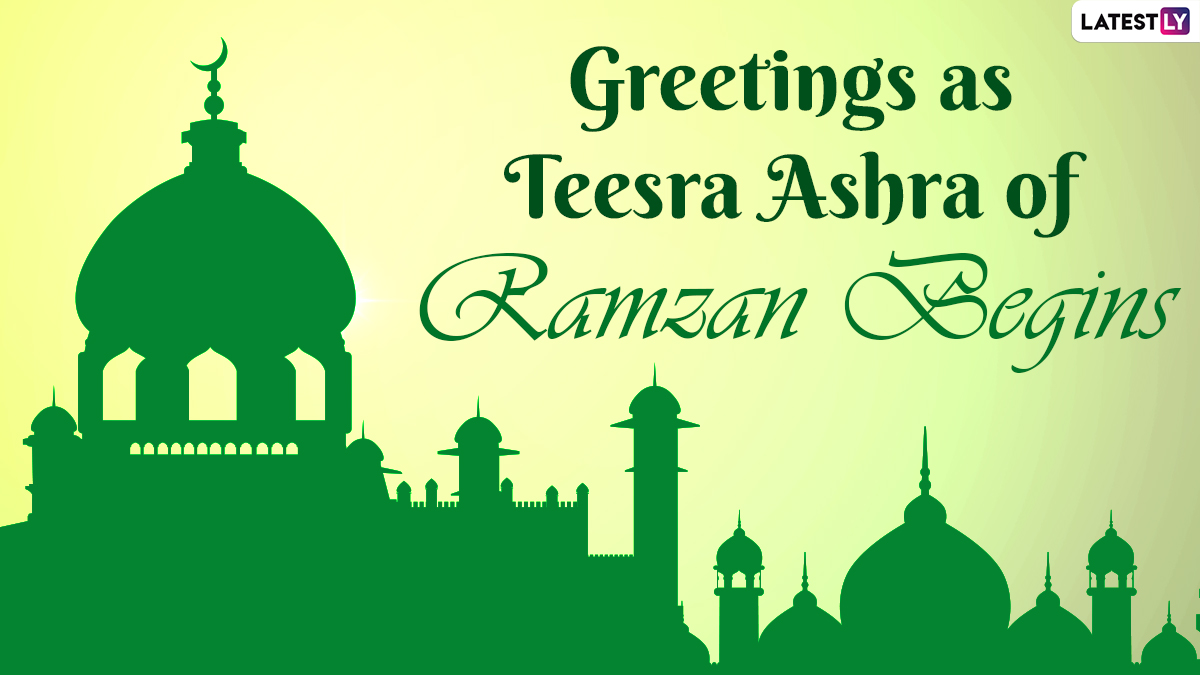 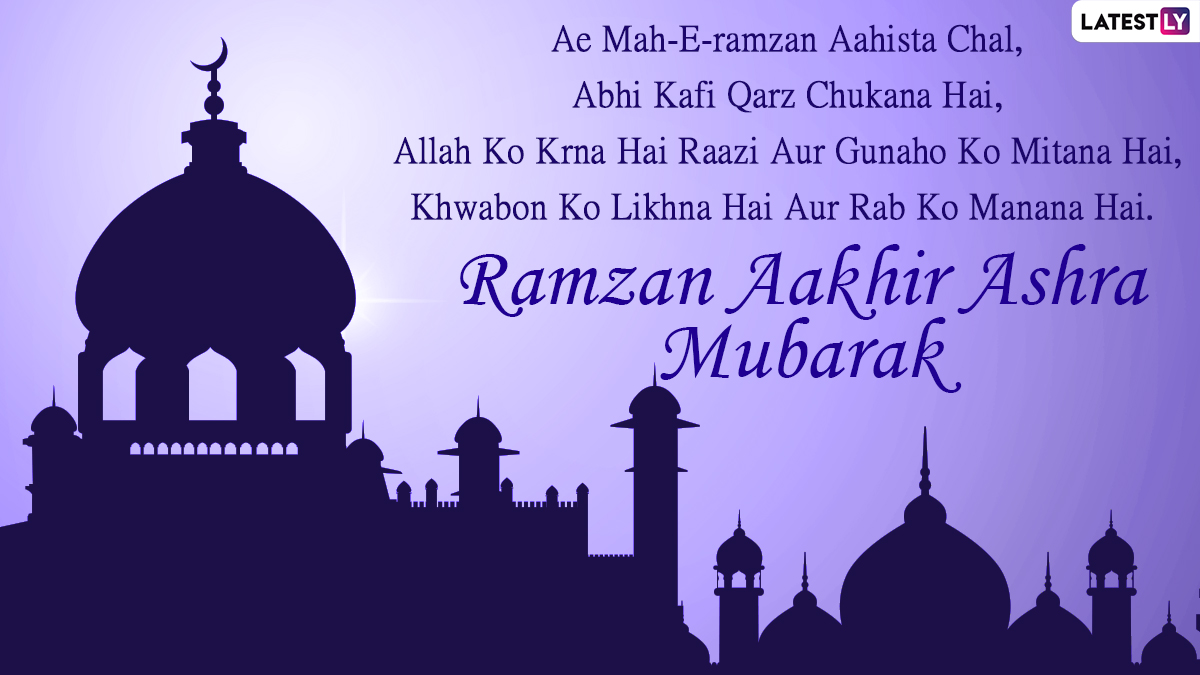 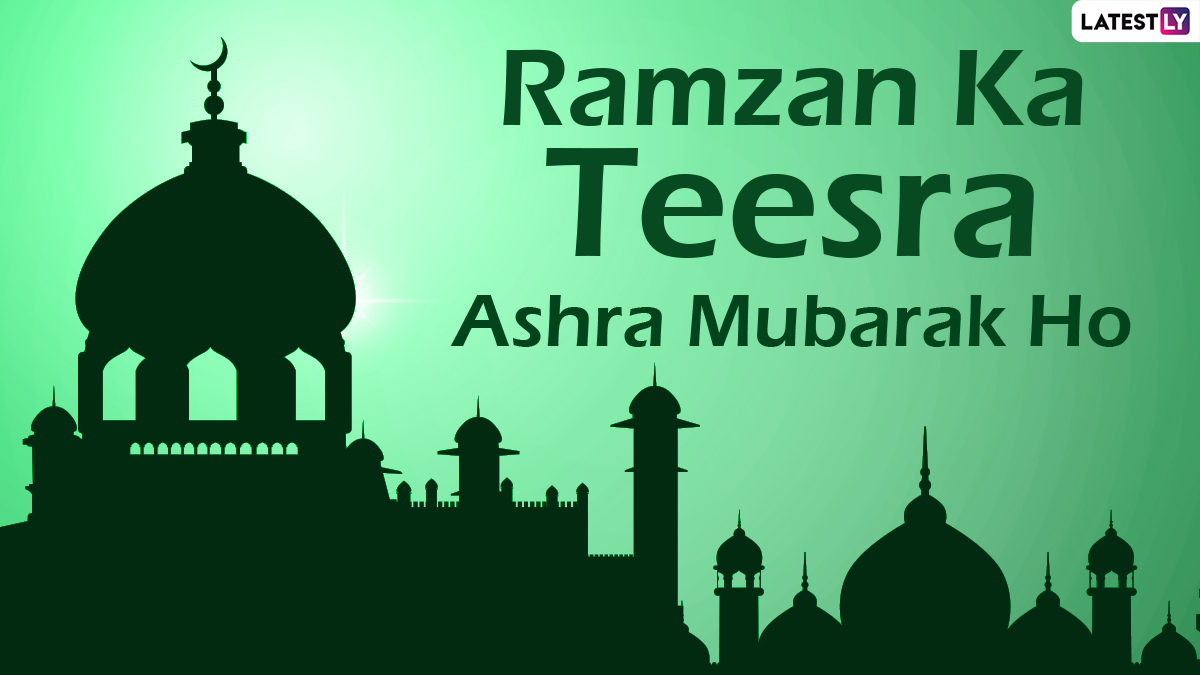 (The above story first appeared on LatestLY on May 02, 2021 01:49 PM IST. For more news and updates on politics, world, sports, entertainment and lifestyle, log on to our website latestly.com).