The day is celebrated in different parts of Maharashtra with vigour and pomp. Idols of the great Maratha Warrior King are garlanded and decorated across the state. 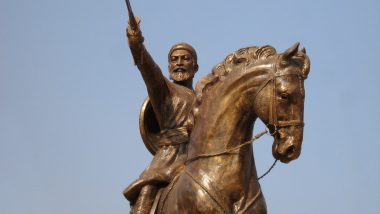 Happy Shivtej Din 2020: The occasion of ‘Shivtej Din’ is considered to be one of the cornerstones in Chhatrapati Shivaji Maharaj’s legacy. Historians have also termed as Shivtej Din as the first surgical strike in history. Though Shivaji didn’t win didn’t emerge victorious from this skirmish, but it left deep wounds on the Mughals, and one of their generals Shaista Khan had to pay a heavy price for this. If you are looking for more information on Shivtej Din 2020, its date, history and significance, then you have arrived at the right place.

When Is Shivtej Din Celebrated, and What Is Its History?

Shivtej Din is observed on April 5 every year. The annual event commemorates the brave attempt by Chhatrapati Shivaji Maharaj to reclaim Lal Mahal (Red Palace) in Pune in 1663. So, what’s the history of celebrating Shivtej Din?

A Mughal general Mirza Abu Talib, popularly known as Shaista Khan, had banned Marathas from entering the city of Pune after he was appointed the Viceroy of the Deccan under the premiership of Aurangzeb. It was on April 5, 1663, when a wedding was allowed to organise a procession. Taking advantage of the situation, Shivaji Maharaj formed a unit of 400 men. The group then decided to disguise themselves as participants of the wedding procession, while some disguised as wagers, and soldiers like they were under Shaista Khan.

As midnight struck, Chhatrapati Shivaji Maharaj along with his group of 400 soldiers attacked Shaista Khan’s palace. In this raid, a lot of casualties took place on the Mughal General’s side. Shivaji wasn’t able to kill Shaista Khan, but the latter lost three fingers in the battle with Shivaji. Shaista Khan also lost his son and a few wives in this encounter. The Marathas then safely evacuated the palace and the city of Pune, taking advantage of the night time.

This skirmish by Chhatrapati Shivaji Maharaj angered Mughal Emperor Aurangzeb so much so that he transferred Shaista Khan to Bengal, with following the customs at that time.

What Is the Significance of Shivtej Din?

The day is celebrated in different parts of Maharashtra with vigour and pomp. Idols of the great Maratha Warrior King are garlanded and decorated across the state.

(The above story first appeared on LatestLY on Apr 01, 2020 12:11 PM IST. For more news and updates on politics, world, sports, entertainment and lifestyle, log on to our website latestly.com).