Rare Condition Causes Indian Man to Have 'Eggshell' Around His Testicle; Know More About Hydrocele 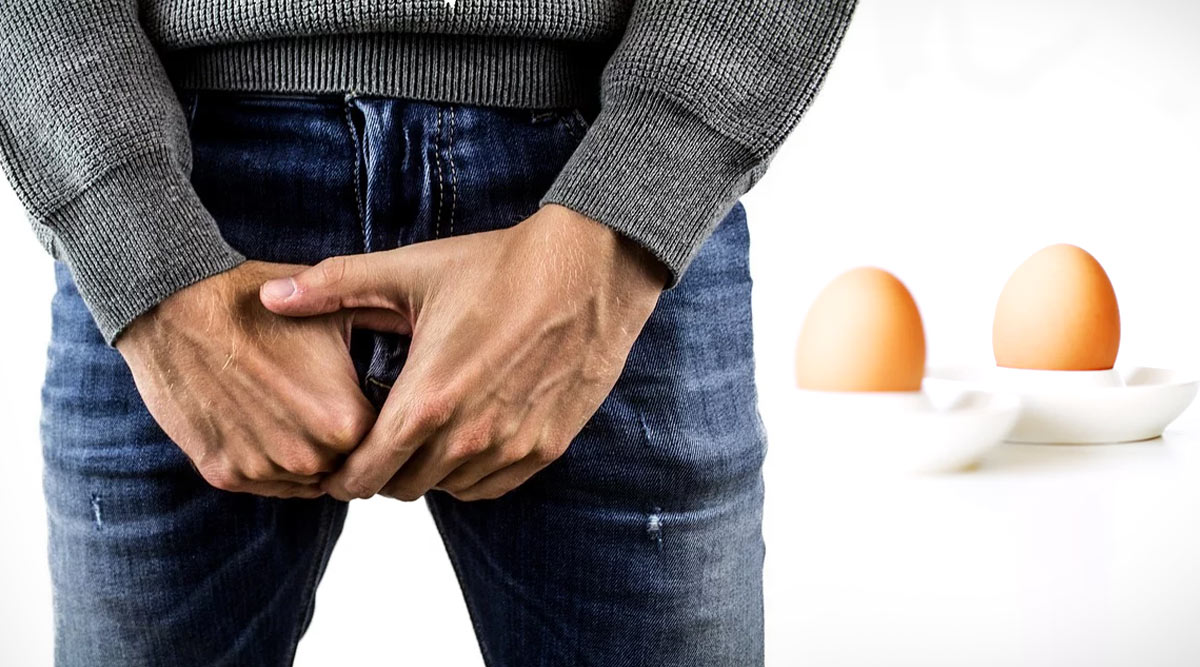 An Indian man in his 80s developed a rare condition that caused one of his testicles to develop a shell of calcium around it. This caused an "eggshell" like casing developed around one of his testicles.  The man had initially visited the hospital because of finding blood in his urine, however, the examination by medics found that one of his testicles had swollen and became larger in size. He was diagnosed with a rare condition in which the testicle creates a hard calcium shell around itself. The left testicle was of the normal size, as per the doctors who examined the person.  A team of Indian medics revealed in a case report that the testicle was also 'stony hard' to touch.  Testicular Pain: Here’s Why Your Testicles Have Been Hurting.

The reason behind this health issue turned out to be a rather common condition called a hydrocele. This health issue causes a fluid build up in a sheath holds the testicles. However, he had developed a rare complication called calcification that comes from the problem that causes calcium from his blood to collect and build up over the years. This had created a hard eggshell like coating on the testicle. Doctors name it as "eggshell calcification of scrotum".  Doctors at King George's Medical University in Lucknow discussed the bizarre illness in the journal BMJ Case Reports. "On physical examination, he was found to have grossly enlarged right testis which was stony hard on palpation with normal left testis", they wrote.

What Is a Hydrocele?

A hydrocele may be initially noticed as a swelling in the testicles after a fluid-filled sac increases the size of the scrotum. While Hydrocele is common in newborns, older men can develop hydroceles, as well. The condition is quite common and sometimes can be caused due to inflammation or injury. Hydroceles causes a painless growth in the testicles but it may cause inconvenience. The condition may cause the testicles to harden and lead to other kinds of infection if left untreated. An ultrasound can easily diagnose the condition and treatment usually doesn't involve a lot of steps. A hydrocele is said to mellow down on its own but if it doesn't, surgery may be required.

Hydroceles can also be caused by inflammation or injury in the scrotum which may be caused by an infection (epididymitis) or another condition. Dr Kumar and colleagues said in the report of this Indian man that the amount of calcium which had built up showed the man had had the infection for a long time. They wrote: "Eggshell calcification of scrotum is a rare entity, it indicates a state of chronic infection within the hydrocele sac." The man had to get surgery done to drain the fluid from his testicle and remove the calcium.