What Causes Preterm Labour? All You Need to Know About Premature Birth

It may sometimes happen when the foetal immune system "wakes up" too early and begins to reject the mother, causing the uterus to start contracting. 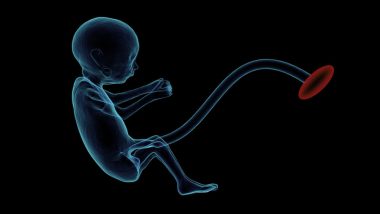 New York, April 30: Foetal immune rejection may be one of the causes for preterm labour -- a common pregnancy complication leading to the birth occurring before the 37th week of pregnancy, researchers say. The findings showed that it may sometimes happen when the foetal immune system "wakes up" too early and begins to reject the mother, causing the uterus to start contracting.

"The dogma has always been that the foetus has a very immature immune system, and as a result, people haven't really considered its possible role in pregnancy complications," said Tippi MacKenzie, Associate Professor at the University of California-San Francisco. "We showed that in patients who have preterm labour as a result of some kind of infection or inflammation -- the most common cause of preterm labour -- the foetal immune system awakens prematurely and may trigger labour," MacKenzie added.

For the new study, published in the journal Science Translational Medicine, the team tested umbilical cord blood, which contains foetal cells, along with blood taken from nearly 200 women who had healthy pregnancies and those who went into early labour. While the scientists saw no signs of an immune response in the mother's blood, they instead, detected activation in two types of immune cells -- T-cells and dendritic cells -- in the cord blood of preterm infants. The researchers also found greater numbers of the mother's cells circulating in the cord blood of preterm infants.

(The above story first appeared on LatestLY on Apr 30, 2018 03:18 PM IST. For more news and updates on politics, world, sports, entertainment and lifestyle, log on to our website latestly.com).