British Student Gets Hit by a Wave While Swimming With Contact Lenses, Loses Eyesight Completely 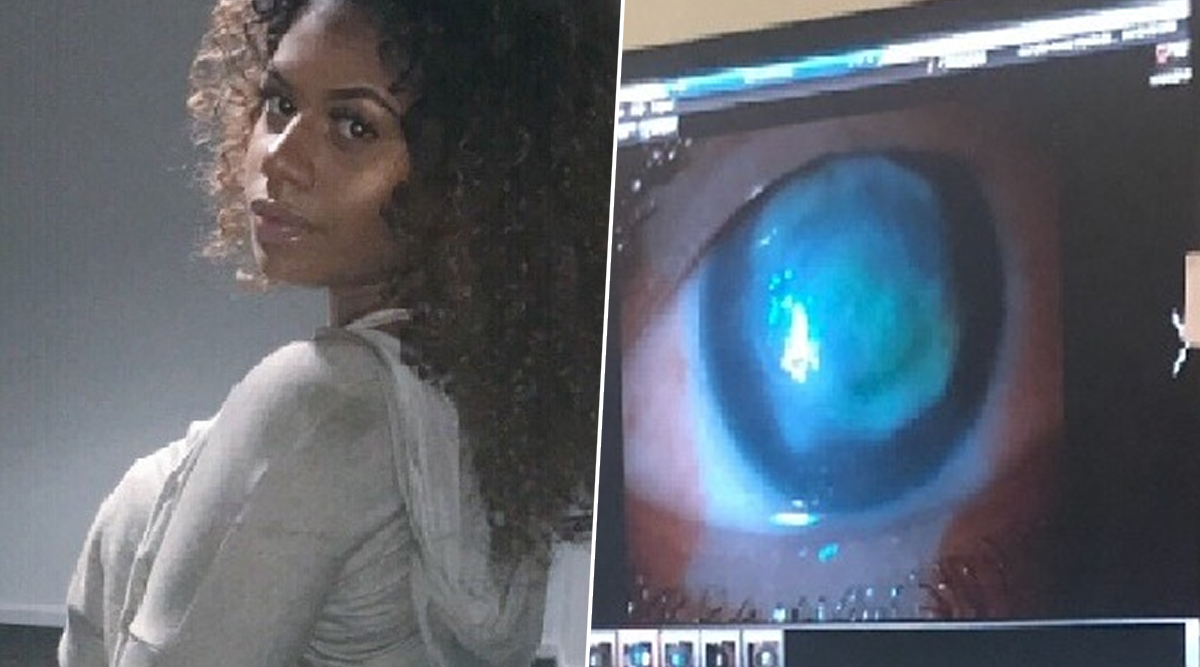 British student Miyako Aiko-Murray has gone blind in her eye after being hit by a wave while swimming. The 20-year-old from London was holidaying in Malta last year when the incident happened. She was hit by the wave splashing water into her right eye. Following the incident, her eye was 'constantly watering' and she started getting migraines. Her eye became very irritated started feeling like there was a piece of metal in her eye.

The former accountancy student said, "Within three days of starting my new job, I felt a sharp pain. I got put on hourly eye drops for a month straight which means no sleep and off sick leave for two weeks. This was devastating and overwhelming for me." She finally went to a cornea specialist and was diagnosed with Acanthamoeba Keratitis - a rare condition where amoebae invade the cornea of the eye. Parasites Eat Man's Eye As He Wore Contact Lenses in Shower Making Him Go Blind.

She lost her job due to the condition before Christmas last year. Following one fine day in March, Aiko woke up in the middle of the night with no vision. On consulting the doctor, she was told that she will not be able to get back her sight.  Contact Lens Can Cause Blindness! 8 Hygiene Tips To Keep Your Contacts Clean.

She said, "I was heartbroken as I felt everything was getting worse but my family kept me going. I've never felt so depressed in my life. I had to eventually stop studying and doing daily activities. I still need ongoing treatment as I'm still fighting against both conditions which are affecting my everyday life. All I can do is pray." She is currently undergoing treatment and would take years to regain her eyesight. A GoFundMe page has been set up to help Aiko-Murray and has raised  £5,000 in just three days.