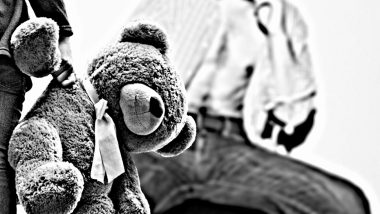 A shocking report has come forward outlining decades of rampant child sex abuse at nuns' hands in the Archdiocese of Cologne. It paints a troubling picture of systematic abuse in the German church. The report was compiled following a lawsuit filed against the Order of the Sisters of the Divine Redeemer by victims of the horrific sexual abuse. The scandalous report was not made public as it carries horrifying details witnessed by the young boys during their stay with the nuns. However, the contents of the report are said to have been leaked to several media outlets.

A 63-year-old victim led the lawsuit, and it also includes 15 other former orphans who demanded the Archdiocese of Cologne to conduct a detailed investigation. The report was concluded in January, this year. The men involved in the lawsuit further alleged that as boys they were denied being adopted out or sent to foster families because “selling them for rape lined the sisters’ coffers for their convent of horrors.” Nun Levels Sexual Abuse Charges Against Kerala Bishop Franco Mulakkal.

The report's details were so horrific that Archbishop Reiner Maria Woelki refused to make it public, asking any journalist who sees it sign confidentiality agreements. Meanwhile, Bishop Karl-Heinz Wiesmann, who now leads the archdiocese, told the media outlet that the abuse report was “so glory,” that it would be too shocking to make public. The investigative report names various German businessmen and complicity clergy who ‘rented’ the boys from the nuns. Upon their return to the convent, the report also alleged that the nuns would punish the boys for wrinkling their clothing or being covered in semen.

(The above story first appeared on LatestLY on Feb 04, 2021 09:21 PM IST. For more news and updates on politics, world, sports, entertainment and lifestyle, log on to our website latestly.com).