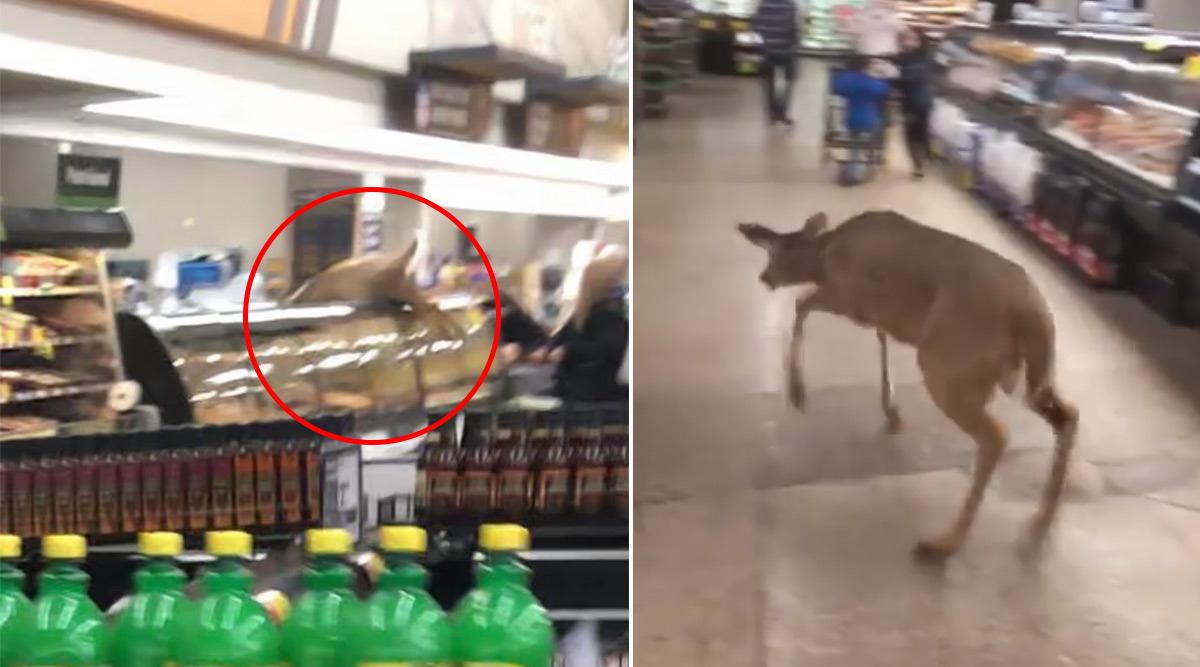 What would you do if you went into a department store and sawn a deer running around? Well, shoppers at a grocery store saw a piece of wildlife as they shopping. Video of a confused deer running through an Indiana grocery has gone viral on social media platforms. The clip shows the deer jumping and running down the aisles over a meat and salmon counter at the store. Shoppers at the Kroger store in Zionsville said that the deer ran in through the front door on Saturday and began running. Witnesses of the incident said that the animal eventually found its way back out of the front door. Stray Cow Visits a Cloth Store in Andhra Pradesh Village Everyday And Nobody Knows Why! (Watch Video)

Brigitte Dan was shopping with her mother and two children at the store when she saw the deer. Quite surprised by the sight she began recording the incident. People who were at the store during the incident took pictures and videos and posted it on social media. In one of the pictures, the deer can be seen jumping over a meat counter. Some said that the animal was hurt as it was running into things.

Video of Deer Running Through Grocery Store in Indiana:

Deer Jumping Over The Meat Shelves:

Kroger in an official statement confirmed the incident. The statement reads, "The store did have a surprise visitor last night, entering through the front door. After the deer left, the manager and store team performed a thorough cleaning of the area. I hope, in her time near the meat case, the deer noticed our expanded selection of plant-based protein products."