Videos showing how to remove contraceptive coils or IUDs at home are going viral on Tiktok. The medical experts have warned of probable repercussions including pain, bleeding or further embedding, and even risks a prolapse of the uterus of removing the T-shaped contraceptive device at home. 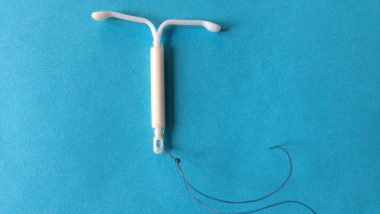 New Delhi, September 17: DIY videos easily drive a lot of traffic on social media platforms and become a trend quickly, however some of these might prove harmful for people. A recent such DIY trend being removing your contraceptive coils or IUDs yourself wherein video-makers provide information on how to remove the contraceptive devices from your body on your own without any medical supervision. The gaining popularity of the trend has worried the medical experts who have warned about severe repercussion of the same.

An Ireland-based Tiktok creator Mikkiegallagher initially posted a video called 'Can you take out your own IUD?' in which she can be seen telling people that IUD removals are 'really straightforward and simple most of the time' adding that she has herself removed two coils at home because she 'didn't feel like making an appointment', reported the Daily Mail. The Tiktoker further told how to pull the coil. However she reportedly did mention that she is not giving any medical advise. TikTok Video of Alpaca Visiting Hangzhou Restaurant Goes Viral and Netizens Are Wondering if It’s for Real!

The medical professionals and experts have however expressed their concerned over the at-home removal of contraceptive devices. Reports inform that doctors have warned of pain, bleeding or further embedding, and even risks a prolapse of the uterus if the IUD is removed without medical supervision. Notably, IUDs (intrauterine device) or coils or copper coils are T-shaped contraceptive devices inserted into the uterus of women to avoid pregnancy. Viral TikTok Video Depicts The Ordeal of US Teen Groped By Male Passenger Onboard Spirit Airlines.

Director of the Women’s Health Institute at the Rutgers Robert Wood Johnson Medical School in New Jersey, Dr Gloria Bachmann told TODAY "If it's embedded in the muscle layer of the uterus, which can happen, it can cause a lot more bleeding, a lot more pain and it can actually bring the uterus down with it, which is not something that one would want." Dr Bachmann reported added that the doctors are better equipped to deal with any issues that may arise.

Women increasingly site various reasons, including difficulty in getting appointments with the gynecologists, time management, high costs among others for restoring to undertake the removal of the IUDs or coils at home without any medical supervision. However, doctors have expressed their concerned over this DIY removal time and again.

(The above story first appeared on LatestLY on Sep 17, 2021 11:38 AM IST. For more news and updates on politics, world, sports, entertainment and lifestyle, log on to our website latestly.com).