Their marriage will be on May 10 and will be as per the Special Marriage Act. while Ishan is a Muslim, Surya belongs to an upper-caste Hindu family. 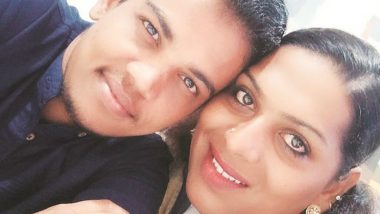 Ishan, a trans man and Surya, a trans woman hailing from Kerala will get married next month if all goes well for the transgender couple. This will be perhaps the first inter-caste marriage in the state. Ishan underwent a surgery to convert from a female to male and Surya has undergone a surgery to convert from a male to female. The couple luckily have their parents supporting them as they are ready to take the next step in their lives. Their marriage will be on May 10 and will be as per the Special Marriage Act. while Ishan is a Muslim, Surya belongs to an upper-caste Hindu family.

The couple has opted for a register marriage. The ceremony will take place in Thiruvananthapuram. But they will not have any specific religious ceremonies because of the caste differences. Surya is a popular face on the TV since she is a TV actor and also the member of the State Board for Transgender Justice. Ishan is a member of Oasis, which is a self-help group for transgenders.

The two had known each other but were not exactly friends. They met just six months ago and getting married was inevitable! They met at a programme and instantly attracted each other. Although they did face initial opposition because of the caste issues, but Ishan was determined he would marry Surya! “We hope our marriage will be an inspiration for transgender people who want to lead a normal family life. A social life and marriage are our rights too. Our transgender community is keenly awaiting this marriage. I hope there will be lots of such marriages in future,’’ said Surya in a report to Indian Express.

Ishan had quit his school very early, when he was in Class III, his gender issue was a problem hence he stayed alone. But he underwent a surgery a year back. Surya changed her sex four years ago. The two now have their family's blessings and they are sure there would be no hindrances in their marriage. All the luck to this couple who will set an example for similar such couples in the country.

(The above story first appeared on LatestLY on Apr 18, 2018 10:57 AM IST. For more news and updates on politics, world, sports, entertainment and lifestyle, log on to our website latestly.com).