Just a few days ago, many took to Twitter reporting the technical glitch they were facing and also receiving spam mails delivered straight to their inboxes. After receiving several complaints, Gmail confirmed that the bug is now fixed. 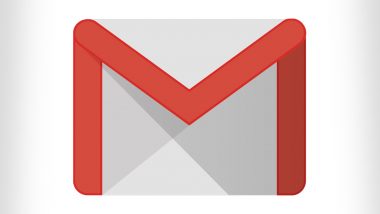 Gmail, one of the most widely used email services, was recently reported that it went down for some users. Many reported having been facing issue to operate the mailing service. But it was a lot more for other users and even got worse. According to reports, Gmail was suffering from a widespread problem with its email filters which caused potentially dangerous, exploitative, and NSFW messages to be directly sent to users’ inboxes. Just a few days ago, many took to Twitter reporting the technical glitch they were facing and also receiving spam mails delivered straight to their inboxes. After receiving several complaints, Gmail confirmed that the bug is now fixed. Gmail Down Funny Memes and Jokes Take Over Twitter As Inconvenienced Netizens Report Issues About Outage of Mailing Service.

We rely on Spam filters, on every single day to protect us from unwanted messages. It automatically moves spam email messages into users’ spam folders. We rarely focus on the technology that lets so happen. It is only when the algorithms break; we suddenly realise how many emails get filtered every day. This is what some users recently faced, when their Gmail Spam Filters were not working.

Users were complaining about how their inbox flooded with spam messages, and it turned out the service was suffering from a widespread problem with its email filters. Several Gmail users took to Twitter and other social media platforms to report how they were bombarded with spam messages.

Here Are Some Tweets:

Did gmail's spam filter and category function just completely shut down for anyone else? Everything's now going straight to the primary inbox.

It is a strangely comforting thing that I can just search for "gmail" and immediately Twitter provides me with evidence that yes, others are getting weirdly hit with spam right now

Are @gmail's spam filters broken? I've had a sudden influx of some crazy #NSFW spam in my inbox! What's going on #Gmail?

Google acknowledged the problem and Forbes reported that the glitch has now been fixed. The report stated that the spam flaw was actually a part of a bigger issue that caused emails to be delayed both when sent and received. “Some messages were delayed enough that they resulted in delivery without all spam checks completing,” the report quoted Google. “During this time, scans to filter malware and the most egregious spam and harmful content remained fully operational,” the tech giant added further. The issue has been resolved.

However, Some Users Are Still Reporting Spam Problems in Gmail

Why is Gmail suddenly letting through ALL THE SPAM??

Hopefully it Will be Resolved Soon

Still getting spam and unwanted emails being sent direct to the main inbox.

Google further advise users to remain cautious, both when opening any unfamiliar new email and going through older messages that may have arrived during the actual outage.

(The above story first appeared on LatestLY on Jul 05, 2020 01:34 PM IST. For more news and updates on politics, world, sports, entertainment and lifestyle, log on to our website latestly.com).