Indian Woman in 2018: The Year of Rise of #MeToo And Hope For Women in Supreme Court

If there's one name I would give to 2018, I would call it the year of hope for the Indian woman. 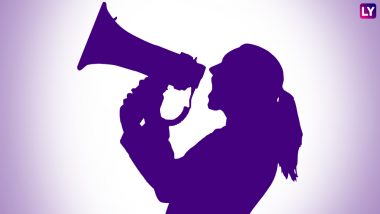 2018 has seen the rise of the voice of Indian woman (Image Credit: File Image)

She came, she spoke, she made sure the world listens. If there's one name I would give to 2018, I would call it the year of hope for the Indian woman. From Supreme Court verdicts, to women coming out strongly against all the wrongdoings with the #MeToo movement, this year saw the Indian woman rise and going into 2019, I hope the voices only grow loud and clear. Here's a closer look at how 2018 become the year of the women's voices.

The year began with the Supreme Court validating Kerala girl Hadiya's marriage to Shafin Jahan, saying as an adult woman, she had the right to take her life's decisions. The court said that Hadiya cannot be in anyone’s custody and that she can willingly follow her pursuits. The woman who had been fighting for her freedom, just because she married a person outside her faith, finally got her freedom, thanks to the Supreme Court.

The Sabarimala Verdict And Adultery Observations

"To treat women as children of lesser God is to blink at Constitutional morality. Physiological features cannot be a ground for denial of a right," said the Supreme Court in its verdict allowing the entry of women of all ages into the Sabarimala Temple of Kerala. Then CJI Justice Dipak Misra in the verdict said that women can't be treated as weaker or lesser and no biological factor can be given legitimacy. He said that in this country the women are worshipped like goddesses.

However, the fight for women's entry into the Sabarimala temple continues. Despite the apex court verdict, no woman has yet been able to enter the Kerala Ayyappa temple. Devotees have fought, protested and ensured no woman steps into the temple. While the court has given the last word, women continue to make attempts to enter the Sabarimala temple.

In another important verdict decriminalising adultery, the court laid the basis for gender equality with a very important observation. "Any provision of law affecting individual dignity and equality of women invites the wrath of the constitution. It’s time to say that the husband is not the master of the wife. Legal sovereignty of one sex over other sex is wrong," said the apex court in its verdict striking down Section 497 of the IPC that criminalised adultery.

The biggest voice for women this year has been the rise of the MeToo movement in India. It all began with actress Tanushree Dutta speaking out against alleged harassment by her industry colleague Nana Patekar. Thereafter, the movement was all over the social media with women speaking out against men in power and ensuring they make heads roll. MJ Akbar was made to step down as Union Minister, Sajid Khan had to move out of his projects, Vikas Bahl lost his projects and much more happened. MeToo is now a movement that sustains its pace on the social media. Women are no more scared of speaking out loud against sexual misconduct and the world out there is listening to her. While it's been awful to see what women in India have been going through all these years, the rise of the woman's voice gives hope of a better future.

But then, 2018 has also been the year where crimes against women and children remain, where gender bias continues where the Chief of the Indian Army still says that women cannot be given combat roles because of they have to handle children and they would complain of "men peeing into their tents". The fight against the mentality continues for women. However, 2018 ends with hope for the woman to rise, to speak out and move forward into 2019 with her head held high.

(The above story first appeared on LatestLY on Dec 18, 2018 11:26 AM IST. For more news and updates on politics, world, sports, entertainment and lifestyle, log on to our website latestly.com).