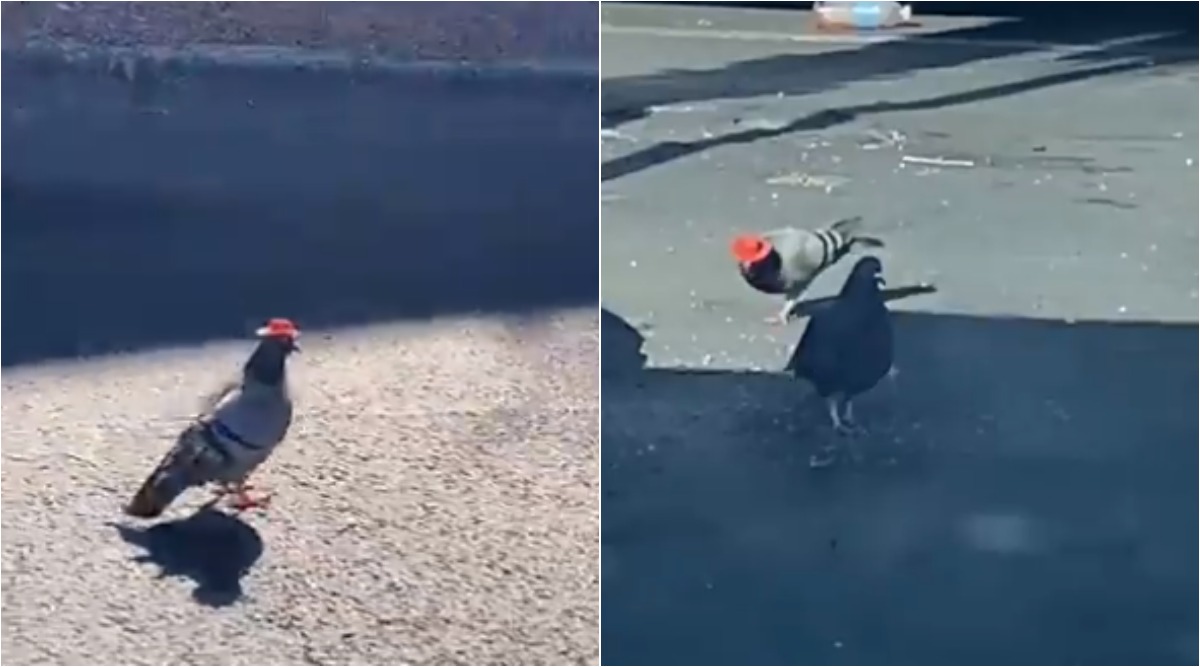 Pigeons wearing tiny cowboy hats were recently spotted in las Vegas! Yes, video of two pigeons wearing tiny cowboy hats is going viral on social media platforms. While the video was posted on Facebook early in December, it recently started doing rounds on social media. As per reports, the pigeons were seen between McCarran international airport and the University of Nevada. Funny Penguin Bloopers to Dance Offs, These Cute Videos Will Make You Smile.

Mariah Hillman, Lofty Hopes, a pigeon rescue centre said that the hats were stuck to the heads of the birds. She added, "When we saw them today, you could see some loose feathers in the glue around the hat. It’s definitely a concern." The rescue group has dubbed the pigeon with a red hat as Cluck Norris and the one in the pink hat as Coolamity Jane. And going by the rumours, there is the third bird also out there in a brown hat. A Twitter user Las Vegas Locally posted the video of the hatted birds with the caption, "Someone is putting tiny cowboy hats on Vegas pigeons. There are consequences to legalizing marijuana." Flower or Bird? Petals of This Flowering Plant Resembling Hummingbirds is a True Reflection of Nature's Stunning Beauty!

Check Out Pigeons in Hats:

Someone is putting tiny cowboy hats on Vegas pigeons. There are consequences to legalizing marijuana. pic.twitter.com/CdK06gauYQ

As the birds continue to maintain the status of being the internet sensation, a Twitter user Kassandra Flore posted a video of one of the pigeons with the caption, "I finally found one."

Kassandra told CNN that she had not believed the story of the hatted pigeons until she saw one herself. She added, "At first it was outside my door and I was excited ... but before I could get a video, he flew away. And then as I was leaving I [saw] him again and was able to get a video."