Kim Kardashian Lookalike's sex tape with Ray J to come up on OnlyFans? Well, that's the word according to the exclusive information by Hollywoodlife. Reports have it that Ray J and Kim Kardashian lookalike may make a sex tape that may be available on OnlyFans. 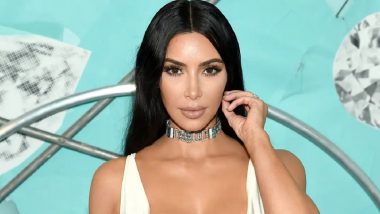 Kim Kardashian Lookalike's sex tape with Ray J to come up on OnlyFans? Well, that's the word according to the exclusive information by Hollywoodlife. Reports have it that Ray J and Kim Kardashian lookalike may make a sex tape that may be available on OnlyFans. And ever since the news broke out fans cannot keep calm! Ray J plans on "recreating some fun moments" with the Keeping Up With the Kardashians star’s doppelgänger AND it has left us speechless.

A source spoke to HollywoodLife on Wednesday the "magical" OnlyFans plans that "Ray J is launching an OnlyFans account and he’s going to bring on a Kim Kardashian look-a-like to spruce things up and recreate some fun moments." Also, the reports have it that Ray J is hoping to cast a doppelgänger of his ex for the future sex tape, he "doesn’t care at all what Kim thinks about this. He’s just doing his own thing and thinks it’ll blow up." His plans come more than 13 years after his infamous sex tape with ex-girlfriend Kim Kardashian was leaked, and just months after filing from divorce from his wife of four years, Princess Love, in September 2020.

Apparently the beauty mogul has not one but over 6 doppelgängers. There is no doubt about the fact that Kim K has created a trend that will be remembered for decades and her body is so amazing that there are surgical procedures named after her like the Kim K Butt Lift! British beauty blogger Sonia Ali is one of the most popular Kim Kardashian lookalikes and often leaves people "confused". Then there is Jelena Peric, a Croatian influencer with one million followers who goes by @j_make_up, and Sonia Ali, a Dubai-based beauty blogger and makeup artist with 738,000 followers. (Ali shares the account with sister Fyza Ali who happens to look a lot like Kylie Jenner.) Another who bears a striking resemblance to Kardashian is Kamilla Osman, a Canadian who — get ready for this — was reportedly dating Tyga, Jenner’s ex-boyfriend. Two years ago, the then 20-year-old Osman admitted to the media that she had only gotten her lips and nose done, the latter for medical reasons.

(The above story first appeared on LatestLY on Jan 29, 2021 05:20 PM IST. For more news and updates on politics, world, sports, entertainment and lifestyle, log on to our website latestly.com).