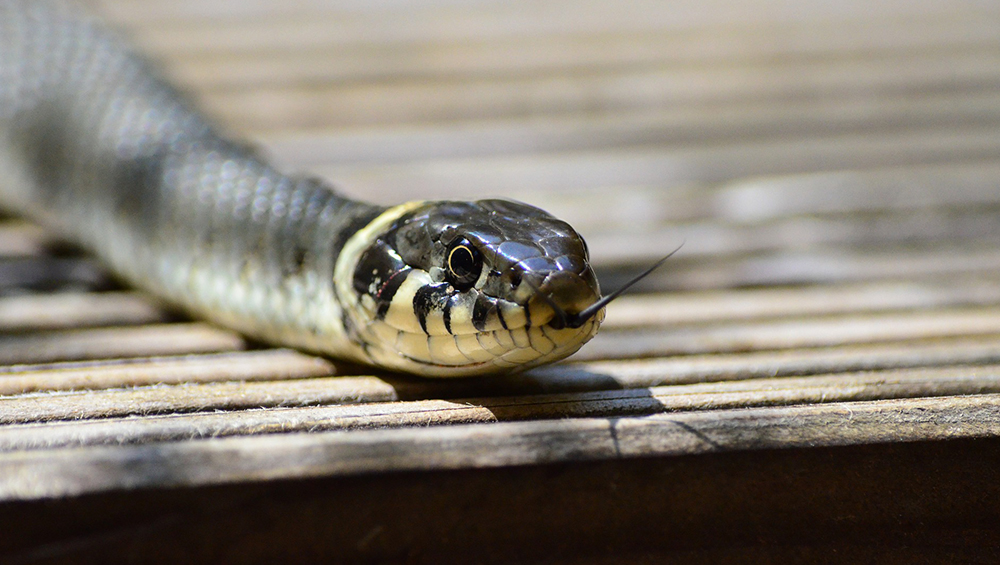 Mumbai, January 6: In a bizarre incident on the third day of the Ranji Trophy contest between Mumbai and Karnataka at the Bandra Kurla Complex (BKC) here play was halted a few times after snakes entered the ground. According to a tweet from a 'The Hindu' reporter, a snake-catcher was called to the ground after the incident on Sunday. "The highlight of the day at BKC: The snake-catcher displays his 'second catch of the day'. It's a non-venomous rat snake, btw," the reporter tweeted with an image of the snake-catcher holding the snakes in his hands.

Later in the day, Karnataka defeated Mumbai by five wickets inside two-and-a-half days. This was Mumbai's second consecutive loss at home after their defeat against the Railways while it was Karnataka's second win from four games. They are yet to be beaten in the ongoing 2019-20 season. Two 'Rare Catches' During Mumbai vs Karnataka Ranji Trophy Match at BKC in Mumbai! View Pic of Dismissed Rat Snake.

The highlight of the day at BKC: The snake-catcher displays his "second catch of the day". It's a non-venomous rat snake, btw #RanjiTrophy #MUMvKAR pic.twitter.com/3egfNgc34w

Earlier, a similar incident had happened this season during a match between Andhra and Vidarbha in Vijayawada when a snake had entered the ground on December 8. Later, the ground staff were pressed into the rescue act as the start of the match was delayed.