Stephen Bear, Reality TV star has been charged for disclosing sexual images, Essex Police has confirmed. His intention was to cause distress and harassment without violence. 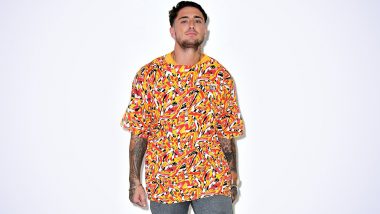 As per a report in BBC, Essex Police has given a statement which reads, "A man has been charged in connection with an investigation into the disclosure of intimate photographs without consent. Stephen Bear, 31, of Bryony Close, Loughton was arrested in January. He has now been charged with voyeurism, disclosing private, sexual photographs and films with intent to cause distress, and harassment without violence."

Stephen is still due to arrive at Colchester Magistrates' Court on July 2. This is not the first time he has found himself accused of lewd behavior. Earlier, he was arrested in January 2021, following an investigation about alleged disclosure of sexual photographs without consent. Stephen is known for co-presenting Just Tattoo Of Us with Charlotte Crosby on MTV in 2017. He has also won Celebrity Big Brother in 2016.

(The above story first appeared on LatestLY on May 15, 2021 07:17 PM IST. For more news and updates on politics, world, sports, entertainment and lifestyle, log on to our website latestly.com).