UK Woman Finds Huge Boa Constrictor, One of Largest Snakes in The World in Her Bathroom (View Scary Pics) 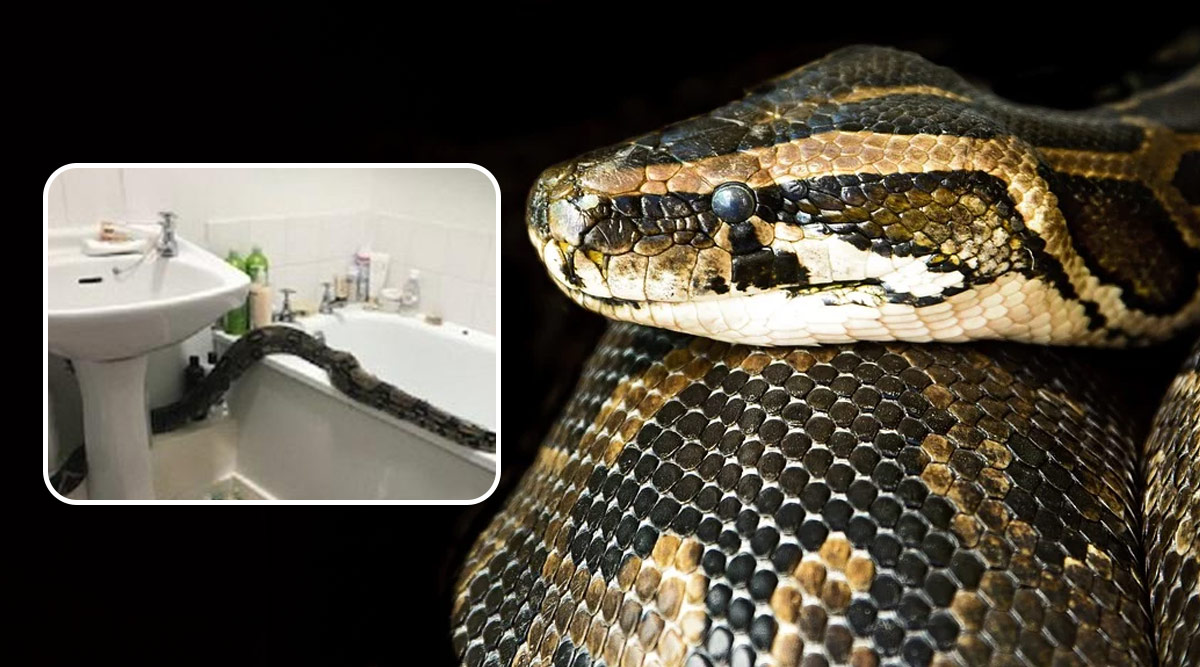 The sight of a snake can creep one out so much. So imagine the fright of a woman in the UK who saw one of the world's largest snakes curled up in her bathroom! An 8-foot-long boa constrictor who are known to constrict their prey was found alongside the bathtub in the washroom. The Merseyside Police who came to rescue the reptile were themselves shocked to see such a huge snake. They shared the pictures of the snake on their Facebook account and they are creeping everyone else out too. Snake Bit an Australian Woman’s Butt in the Toilet, Here’s What Happened Next!

The incident took place on December 30, 2019, but the pictures were shared online recently. There are two photos, one in which the snake is seen curled up in the basin and the other one shows it is spread across the bathtub. Both these pictures are quite scary and as one of the comments read, it could give one nightmare. As per reports, the family or even neighbours are not aware of where did this snake come from. The police officials managed to rescue it and put it into a local pet rescue facility. Snakes on The Loose! 5 Times Slithering Reptiles Gave People The Fright of Their Lives (Watch Video).

A lot of people expressed fear in the comments and how would they react in such a situation The report quoted a police officer, "He was able to calmly approach the reptile, which had wrapped itself around the bathroom sinks and taps, and after giving it a drink of water was able to coax it to unravel itself so that he could put it into a large, safe container."

There have been several reports of snakes being found in people's washroom. Recently, an incident from Thailand went viral wherein a woman braved a huge snake that attacked her in the toilet. She managed to slash the dangerous snake with a cutter. Even she was injured and had to be taken to the hospital.