Thailand: Mother Fights Off Huge Snake That Bit Her, Injures Self While Slashing It With Cutter! (View Pic) 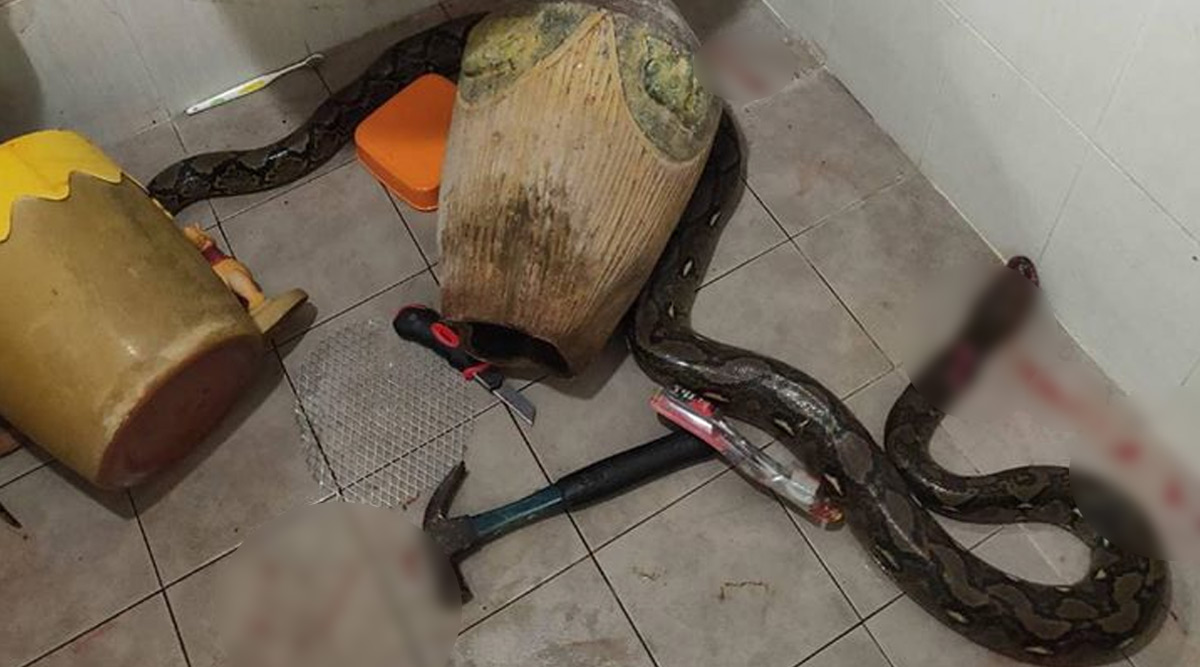 A Thailand woman braved a huge snake that attacked her in the toilet at home. A woman named Anna went to use the washroom but did not expect a massive slithering reptile coming at her. Instead of being scared away, she grabbed the snake by her hand and pulled it out. As the snake tightened its grip around her, she asked for some help from her children. She used a hammer and a cutter to attack back at the snake, and in the process, both of them were left badly bleeding. The daughter narrated the brave incident on her Facebook account and it has since then been going viral. Malaysian Man Chops Head of a Cobra Snake With a Sickle and Posts Video Online (Watch Video, Viewer Discretion Advised).

As per the daughter's post, the snake bit her mother on her thigh when she sat on the toilet. Instead of fainting, the mother put a brave front. She wrote, "My mother grabbed its head and tried to pull it off her body. Well, the snake just wouldn’t let go. It started to wrap itself around my mother squeezing in tighter and tighter." That's when she called out for help. The son rushed to the bathroom with a cutter. The mother tried to cut off the snake but with its skin so thick, she ended up wounding herself. Man Teases Snake Live on Camera, Gets Bitten by the Reptile on Forehead! Watch Viral Video.

Here's The Post About Mother Who Braved a Massive Snake in Toilet:

As one can, the snake was badly bruised too. When the cutter did not really help, the mother asked to get a hammer and smashed the reptile with it. The snake eventually loosened its grip around the woman and she escaped from the bathroom. The door was then locked and the family called for volunteers to rescue the snake. The mother too was rushed to the hospital, where she received stitches for the cut wounds and was treated for snake bite.