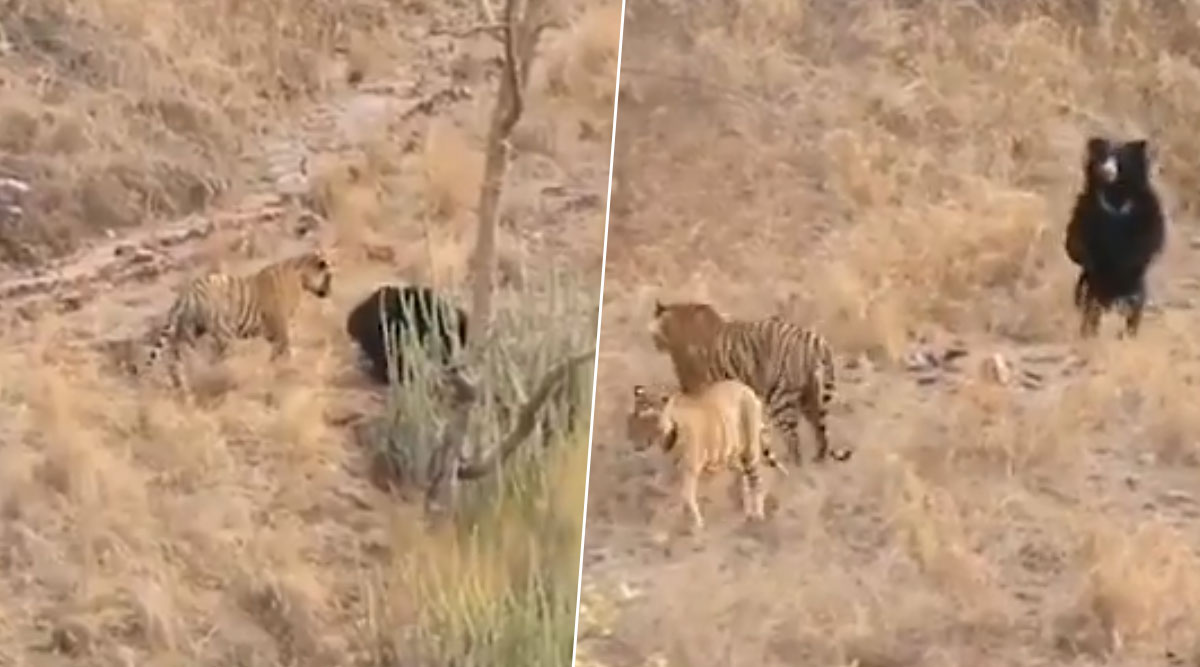 The animal kingdom is full of amazement. Many wildlife photographers have shot some amazing moments from the jungle that are quite impactful. Whether it is animals exhibiting maternal instincts towards other species or some doing some human-like antics, the wildlife always has some amazing moments to offer. However, this shot from the Ranthambore National Park in Rajasthan, is one of its kind where a sloth bear can be seen dominating tigers. In the 1-minute-21-second shot, a tiger can be initially seen attempting to tackle a sloth bear. However, he couldn't do it for long because, amidst the tiger's attempt, the bear turns towards it and chases it away, like it doesn't fear a thing.

It is clear that the tiger was not expecting this as it is seen escaping the spot. The bear, unfazed, continues chasing it though and doesn't stop even after another tiger blocks its way. The post was shared by Rajya Sabha MP Parimal Nathwani: "This video captures an unexpected #clash between #tiger and sloth bear in #Rajasthan's @ranthamborepark. Just as the Tiger seems to dominate the unaware sloth bear, it springs at the tiger and scares it off." Watch Video:

This video captures an unexpected #clash between #Tiger & Sloth Bear in #Rajasthan’s @ranthamborepark. Just as the Tiger seems to dominate the unaware Sloth Bear, it springs at the Tiger and scares it off! #Wildlife is full of such wonders & surprises.@ParveenKaswan @WWFINDIA pic.twitter.com/bbyfP6uFuZ

many animals choose a different way to tackle such situations. Just recently, a video of a duck playing dead to avoid being hunted down by a pet dog went viral on social media. In this small clip that was shared on Twitter, a duck was lying nearly dead on the grass. Right next to him is a dog amused looking at it and then with no movement from the bird, the dog runs away. And many similar cases have been seen.