World Environment Day 2020: Mind-Boggling Facts About Nature That Will Leave You in Awe of Our Green Planet! 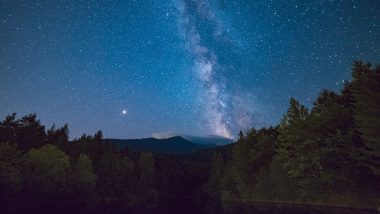 World Environment Day is celebrated on June 5 every year in appreciation of nature. The day highlights the environmental challenges that are rising in number due to human actions. The United Nations began World Environment Day following a campaign in 1974. It started in order to bring the governments, NGOs, communities, corporations and people in large under one platform making them realise about the positive change they can bring by adopting a sensitive attitude towards our environment. The theme for 2020 World Environment Day is 'Celebrate Biodiversity' and is set to be hosted in Colombia since it holds 10 % of the planet’s biodiversity. Germany will be the co-partners with Colombia in conducting the event. With COVID 19 pandemic ravaging the world, the celebrations this year will be largely digital. How to Celebrate World Environment Day 2020 at Home? From Segregating Waste to Saving Water, 5 Ways in Which You Can Observe the Day.

On World Environment Day, we take a look at some mind-boggling facts about nature.

Nature has fascinated humans for centuries and it is imperative we remain respectful of our environment for all the living beings to flourish and co-exist peacefully.

(The above story first appeared on LatestLY on Jun 04, 2020 12:17 PM IST. For more news and updates on politics, world, sports, entertainment and lifestyle, log on to our website latestly.com).