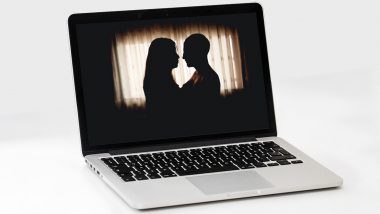 It's been almost 2 years since the pandemic started and you'd think people would learn how to not go XXX on Zoom. Turns out, it's no less than a far-fetched dream. Here's another one that just landed on social media platforms freaking people out as it includes an Alabama teacher. Yes, this person is facing flak along with a series of serious questions from many online users after an XXX-plicit video of her having sex is on a Zoom meeting did round on social media.  The video shows an unidentified teacher named a "BCS Employee" on Zoom lying in bed. It gets worse as a shirtless man comes in the frame and is seen having sex with her from the rear end.

People are completely shocked and cannot process what is happening. There has been no official word out from the teacher or the school.  It is also unclear whether the mishap took place in front of the students online or during a "COVID Conversations" Zoom meeting held at the end of January. As you know this is not the first time something like this took over social media, in fact, it is exactly the opposite.  We have had uncountable cases in the year 2020 alone. Last year, another couple was caught having SEX on a Zoom meeting after the participants forgot to turn his camera off in Rio de Janeiro. The X-rated video went viral in no time after the man was caught having sex.

Before that, a businessman appeared naked on a Zoom call with the Brazilian president! Not long ago, a boss was caught having SEX with his secretary.  A similar incident went viral a few weeks ago where a woman named Jennifer, on a video conference call with her colleagues accidentally took her phone in the bathroom and sat to pee. The list is endless. All we would like to say is if you are using the Zoom app often please make sure to have your mute button pressed to avoid such situations.

(The above story first appeared on LatestLY on Feb 04, 2022 09:56 AM IST. For more news and updates on politics, world, sports, entertainment and lifestyle, log on to our website latestly.com).