Aryan Khan was arrested on October 3 after the NCB raided a Goa-bound cruise ship off the Mumbai coast and claimed to have recovered drugs from some persons. He is currently in judicial custody and lodged at the Arthur Road prison in Mumbai.

Television actor Karan Patel joins the bandwagon and has come out in support of actor Shah Rukh Khan and his son, Aryan Khan. Karan said that Aryan was being used as a target to malign Shah Rukh Khan's image. He called the whole situation as a coward act, adding the line “Using the ‘Prince’ to get back at the ‘KING'" in his story post on Instagram.

Take A Look At His Story Below: 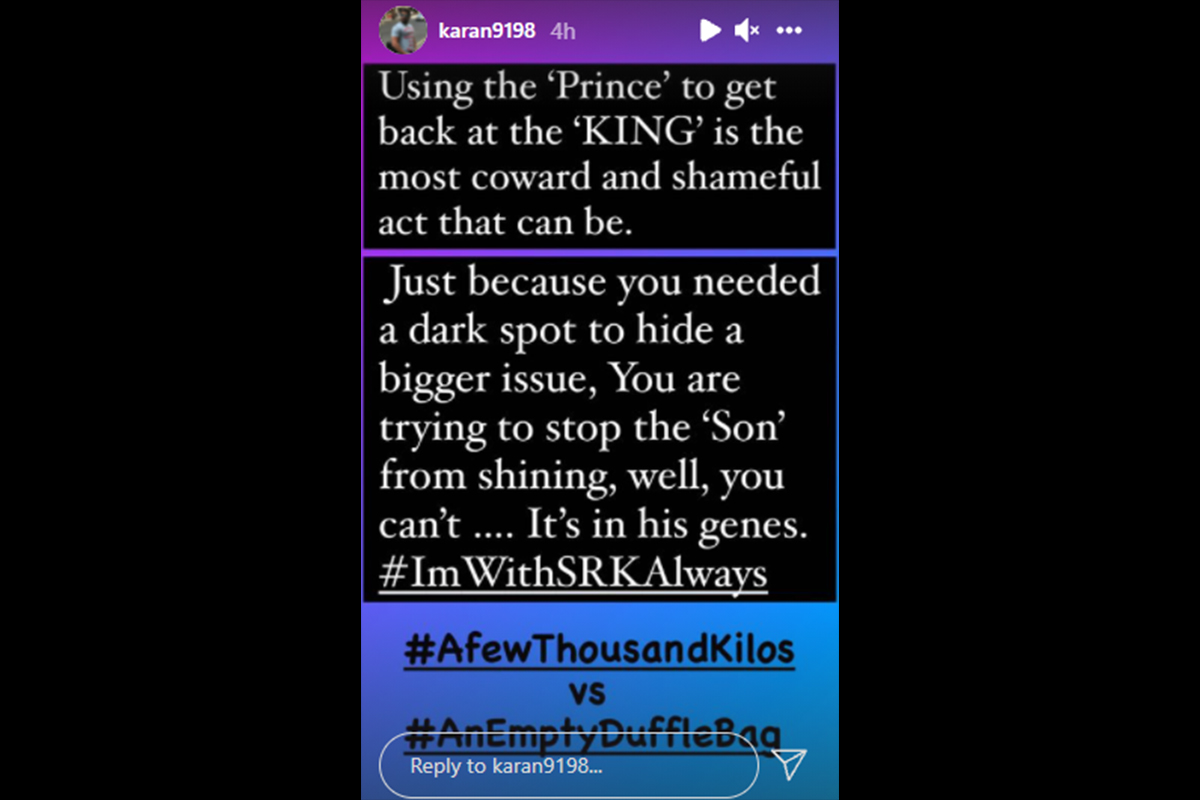