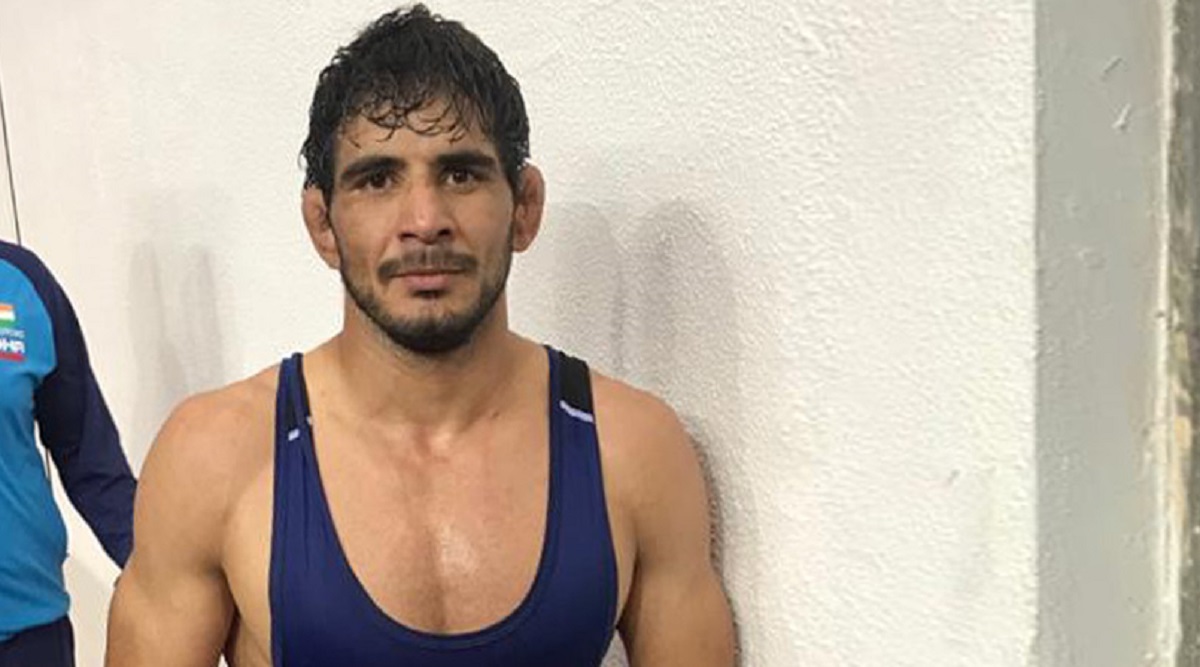 New Delhi, February 23: Jitender Kumar on Sunday won silver in the 74kg category on the final day of the Asian Wrestling Championships at the KD Jadhav Wrestling Hall while Rahul Aware (61kg) and Deepak Punia (86kg) won bronze. Jitender was beaten 3-1 in the final by Kazakh defending champion and World Championships bronze medallist Daniyar Kaisanov. Jitender had started the day with a win by technical superiority over Parinya Chamnanjan of Thailand followed by a win over Iran's Mostafa Mohabbali Hosseinkhani. In the semi-final, he beat Mongolian Sumiyabazar Zandanbud 2-1 with both his points coming by passivity.

It is the first Asian medal for Jitender and with it, he has assured himself of a place in the Asian Olympic Qualifiers with Wrestling Federation of India president Brij Bhushan Sharan Singh saying earlier in the day that there will be no trials held ahead of the qualifiers in the 74kg category. Asian Wrestling Championships 2020: Sunil Kumar Wins India's 1st Greco-Roman Gold in 27 Years.

In the other Olympic weight category of 86kg, Deepak started with an 8-2 win over Mongolia's Gankhuyag Ganbaatar before losing 4-1 to Japan's Shutaro Yamada in the semi-final. He had little trouble in the bronze medal match however, beating Iraq's Issa Al Obaidi 10-0 with well over three minutes left on the clock.

India thus end third on the standings at the 2020 Asian Championships with Jitender's silver being their sixth in the tournament. Baliyan and Deepak's medals took India's bronze tally to six and five Indian wrestlers have won gold. India thus end with a total of 20 medals.