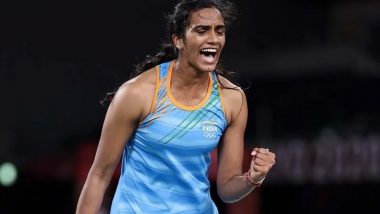 All eyes will be on the golden girl PV Sindhu who will be playing her first match on December 1, 2021. These players are divided into two groups of four and the top two make it to the semi-finals. India will be in action for all the events including Men's Singles, Women's Singles, Men's doubles, Women's double events. The Mixed Doubles event will have no participation from India.

The schedule for the day will be updated and when the tournament progresses. The match proceedings can be watched on Star Sports 1 and even Disney Hotstar+ will bring to you the match. You can also follow the live scores on the official handle of BAI.

(The above story first appeared on LatestLY on Dec 01, 2021 10:18 AM IST. For more news and updates on politics, world, sports, entertainment and lifestyle, log on to our website latestly.com).