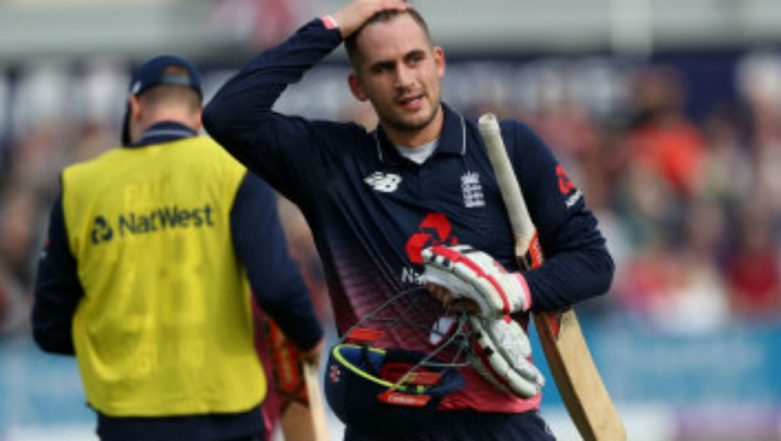 Hales was named in England's preliminary 15-man squad only to be axed last week after a newspaper report revealed the 30-year-old was serving a 21-day ban for a second positive drugs test. England Squad for ICC Cricket World Cup 2019: Here’s a Look at English Team’s Expected 30-Man Players List for the Mega Event.

"I don't know how he comes back from this. He has lost the opportunity of playing for his country in a World Cup on home soil and he'll live with that forever," Vaughan said during a podcast on BBC Radio 5 Live.

"Alex Hales was on a 12-month suspended sentence from his actions in Bristol. I don't know how he comes back from this, he has lost the trust of the team," the former skipper added.

Hales, known for his big-hitting skills, was first taken to task by the England and Wales Cricket Board's Cricket Discipline Commission for his role in Bristol, as well as for some social media posts. The World Cup starts in England and Wales from May 30.