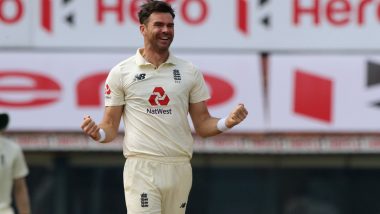 Amid the chaos of the COVID-19 outbreak in both Australia and the England camps, the fourth match of the Ashes 2022 took place at the SCG in Sydney. The match was met with rain interruptions and the match was obviously affected with the same. In this article, we shall be talking about the stat highlights of the game but before that let's have a quick look at how the match panned out for both sides. So after winning the toss, the hosts decided to bat first. Glenn McGrath, Australian Pacer, Test COVID-19 Positive Days Before Pink Test.

David Warner and Marcus Harris were the ones who opened the innings for the team. The openers Warner and Harris scored 30 and 38 runs respectively. Marnus Labuschagne scored 28 runs. Stuart Broad, James Anderson and Mark Wood were the wicket-takers. At stumps, Steve Smith and Usman Khawaja were the ones who were batting for the team. The onus will be on both batsmen to stabilise the team. Now, let's have a look at the stats of the team. Check them out below.

(The above story first appeared on LatestLY on Jan 05, 2022 02:18 PM IST. For more news and updates on politics, world, sports, entertainment and lifestyle, log on to our website latestly.com).