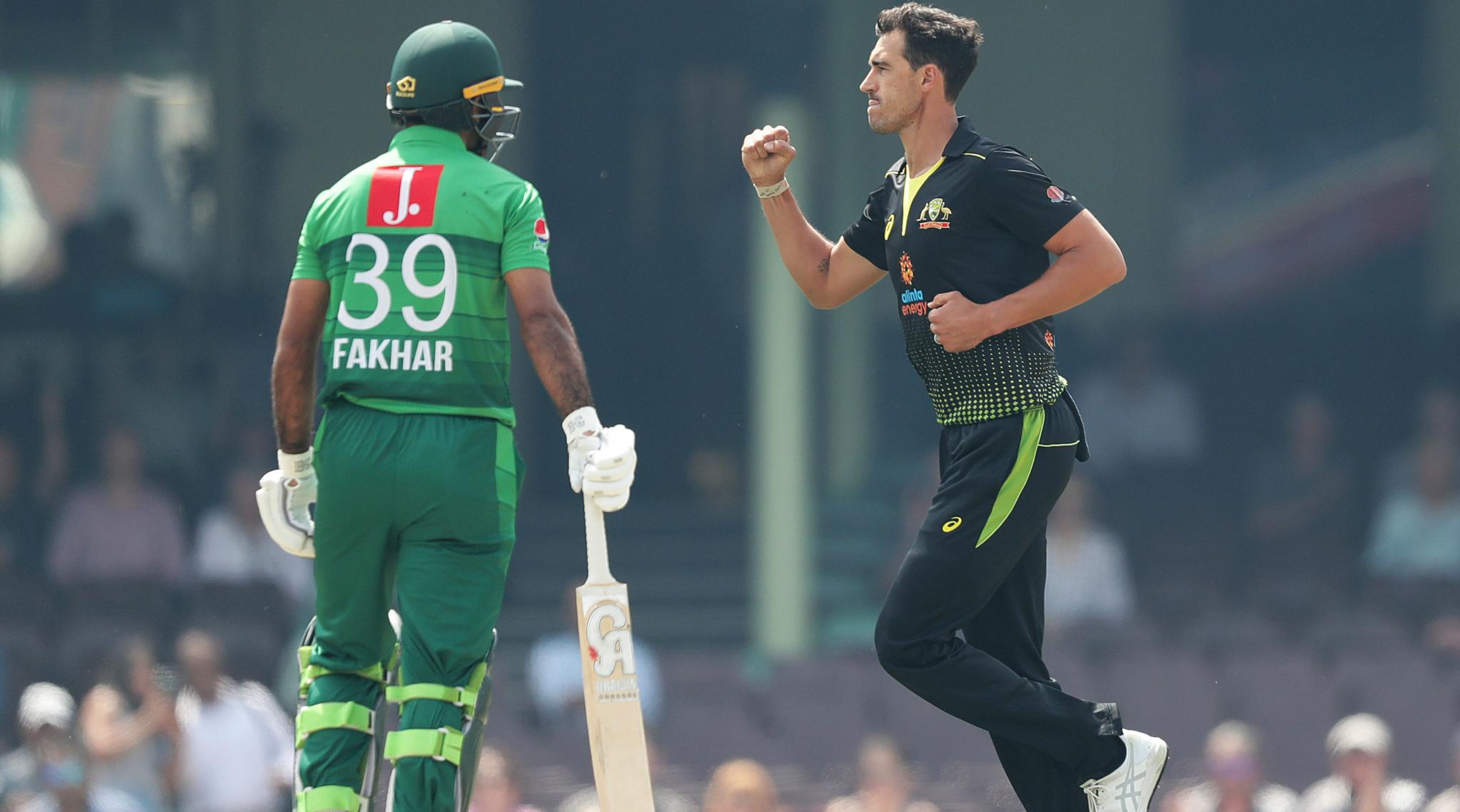 Sydney, November 3: Pakistan were saved by the rain Sunday as persistent showers halted a rampant Aaron Finch as Australia headed for victory in their opening Twenty20 international. The visitors managed 107 for five in a reduced 15 overs due to the weather at the Sydney Cricket Ground, with Australia set a target of 119 under the Duckworth-Lewis-Stern (DLS) method. Australia Vs Pakistan, Match Highlights.

With dark clouds looming, Finch plundered 37 off the first 3.1 overs, leaving David Warner, who scored 217 without losing his wicket in his previous three innings, a mere spectator at the other end. He finished Sunday not out on two.

But the heavens opened again, with Australia, fresh from a 3-0 whitewash of Sri Lanka, stranded on 41 without loss when the match was abandoned, with no result declared.

"It's frustrating," said the Australian skipper. "But you can't do too much about the weather. "We played really well. To restrict them to 107 off 15 overs was a great effort and then to be on track to get them was nice." A valid result would have been declared if 11 more balls had been bowled under DLS, but a 20-minute break between innings, when it wasn't raining, prevented this from happening.

"If you're cutting overs off the game and you still have a 20 minute break it doesn't make much sense to me," said Finch. "But it's part of the rules and you can't do much about it." Pakistan came into the series as the world's leading team in the short format, but were also reeling from an embarrassing 3-0 home series loss to Sri Lanka last month.

They removed skipper Sarfaraz Ahmed and dumped several other players in a bid for a fresh start, with opener Babar Azam handed the captain's armband. The world's top-ranked Twenty20 batsman led from the front, stroking a classy unbeaten 59 after they were sent into bat, with the 25-year-old smacking five fours and two sixes in his 38-ball knock.

It was a decent recovery by the visitors after opener Fakhar Zaman was out first ball, hitting a swinging Mitchell Starc delivery straight to Steve Smith at backward point. That brought Haris Sohail to the crease, but he made a poor decision in going after Kane Richardson too early, top-edging to Smith to leave the visitors struggling at 10 for two.

But Azam and Mohammad Rizwan steadied the ship and began building a solid partnership, pushing the scoreboard along with clever running and quality shots. They reached the 10-over mark at 64 for two but Rizwan soon fell for an entertaining 31 after trying to clear the boundary rope off spinner Ashton Agar, only for Pat Cummins take an easy catch. Australia vs Pakistan 1st T20I 2019: Mohammad Irfan Becomes Oldest Pace Bowler to Play for Pak Since Imran Khan in 1992.

When they resumed at 88 for three in the 13th over after a rain break, Asif Ali fell to Richardson for 11 and Imad Wasim to Starc for a duck, leaving Azam to bring up his 11th T20 half-century. The series moves to Canberra on Tuesday and a final game in Perth.