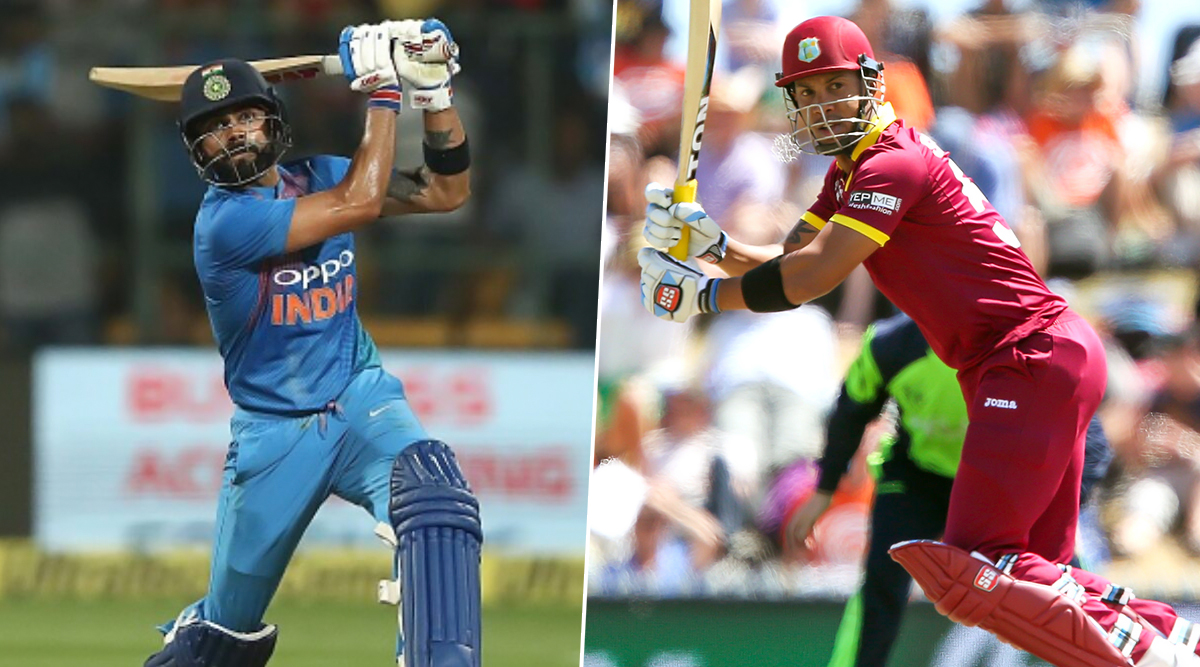 Another week in the cricketing world passed away where the fans saw some mind-boggling spells and many breathtaking knocks. In the past seven days, blitzes were generally seen in the shortest format of the game as the first two T20I between India and West Indies was filled with crunch moments and high-voltage drama. Along with that, great action was also witnessed in Mzansi Super League, Qatar T10 League and in other franchise leagues and domestic matches. Below, we'll look at some of the best individual performances from these encounters.  India Vs West Indies, Live Cricket Score 2nd T20I Match.

Speaking of India vs West Indies T20I series, Virat Kohli and Co won the opening clash by six wickets. Whereas the Caribbeans bounced back in the next clash and emerged victorious. Mzansi Super League is in its end part and all the sides are leaving no stones unturned to make it to the knockouts. Whereas, Qatar T10 League is in its early stage but has already seen some fabulous matches. Thrill of these clashes was enhanced by some outstanding spells and knocks. So, focusing on the topic, let's look at the five of best performances from the week gone by.  Most Runs in T20Is: Virat Kohli Surpasses Rohit Sharma As Leading Run-Scorer in T20 Internationals

India were supposed to chase their highest T20I total (208 ) in the first match of the series and Guess who came good for the team? It's Virat Kohli yet again. Coming to bat at three, the batting juggernaut looked at his prime as he just didn't rain fours and sixes but also signed a lot of chequebooks. The skipper also registered his highest T20I score and guided his side to a six-wicket victory.

Lendl Simmons- 67* Against India in Thiruvananthapuram

After falling for just 2 runs in the opening clash of the series, Simmons made an impeccable comeback in the second match and put a stamp on his side's victory. On a two-paced wicket, West Indies were asked to chase 171 runs and Simmons didn't put a foot wrong. Opening the batting, the right-handed batsman played with great intent and also paced his innings to perfection. He remained unbeaten on 67 as the visitors registered an eight-wicket win.

Caribbean batsmen did a splendid job by chasing 170 runs in the 2nd T20I. However, the total could have been more massive if Walsh wouldn't have bowled a terrific spell. The spinner didn't just dry up the run-flow but also took two crucial wickets of Shivam Dube and Shreyas Iyer. In his quota of four overs, Walsh gave 28 runs by taking two wickets and put West Indies on the driver's seat.

The Aussie wicket-keeper batsman played a gem of an innings in the 26th match of Mzansi Super League 2019. Opening the batting for Nelson Mandela Bay Giants, the southpaw looked in fantastic touch as he scored runs to all the parts of the ground. He scored 75 off just 56 deliveries as the Giants piled up 173 runs in the first innings which proved to be too much for the Blitz as they lost the match by 11 runs.

The Flying Oryx skipper put up a magnificent batting show against the Gladiators in the Qatar T10 League 2019 and gave his side a nine-wicket win. Chasing a total of 84 runs, the southpaw came after the fall of one wicket and attacked the bowlers from the outset. Talat scored 59 runs off just 29 deliveries and comfortably guided his side over the line.

Cricket atmosphere is not going to get cold in the upcoming days too as India and West Indies will be locking horns in the third and deciding encounter. Also, the ODI leg of the tour will also get underway. The forthcoming week will also see the start of the Sri Lanka vs Pakistan Test series which will be the first Test in Pakistan land after 10 years. So, a lot of matches in the gentlemen's game gets lined up and the fans just need to buckle up and get ready to witness a lot of action.