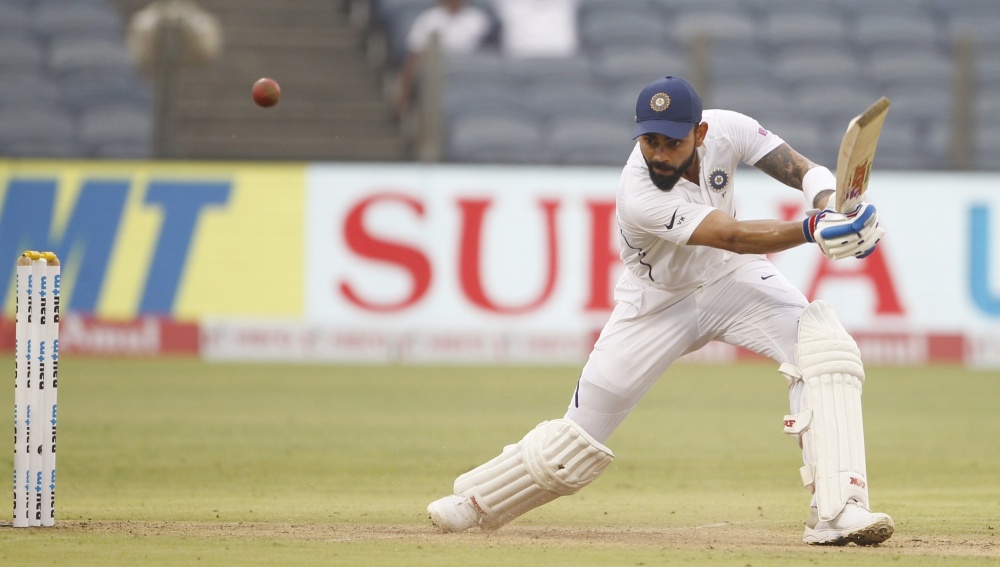 Virat Kohli scored his 27th  Test ton in ongoing India vs Bangladesh day-night Test and has tightened his side’s grip over the match. At lunch on Day 2, the home side were batting at 289/4 with Virat Kohli (130) and Ravindra Jadeja (12) on the crease. India have already taken a mammoth 183 run lead and are still going strong. The lone wicket to fall in the session was of Ajinkya Rahane who fell prey to Taijul Islam but not before scoring a handy half-century. Hots have the momentum on their side at the moment and the upcoming session could well decide the fate of the historic Test. India Vs Bangladesh, Live Cricket Score 2nd Test Match.

Kohli, who yesterday became the fastest batsman to score 5000 Test runs as captain, added another feather to his already jammed hat as he slammed his 20th Test ton as captain and went past Ricky Ponting to become the Test skipper with second-most tons in the longest format of the game. Graeme Smith is at the top of the list with 25 hundreds. The Indian stalwart is still going strong and will to crash few more records in this innings. Virat Kohli Brings Up His 27th Test Century During Historic India vs Bangladesh Pink Ball Test Match 2019.

In the opening day on the match, Bangladesh won the toss and elected to bat first. The decision didn’t prove to be much fruitful as Indian pacer wreak havoc and bundled the visitors out for 106 runs. Ishant Sharma took a five-fer and was India’s standout performer with the ball. In reply, India have got a massive lead and time is running out for the Bangla Tigers. The batting conditions are looking good at the moment. So, the home side will seek to cross the 400 run mark before calling a declaration.