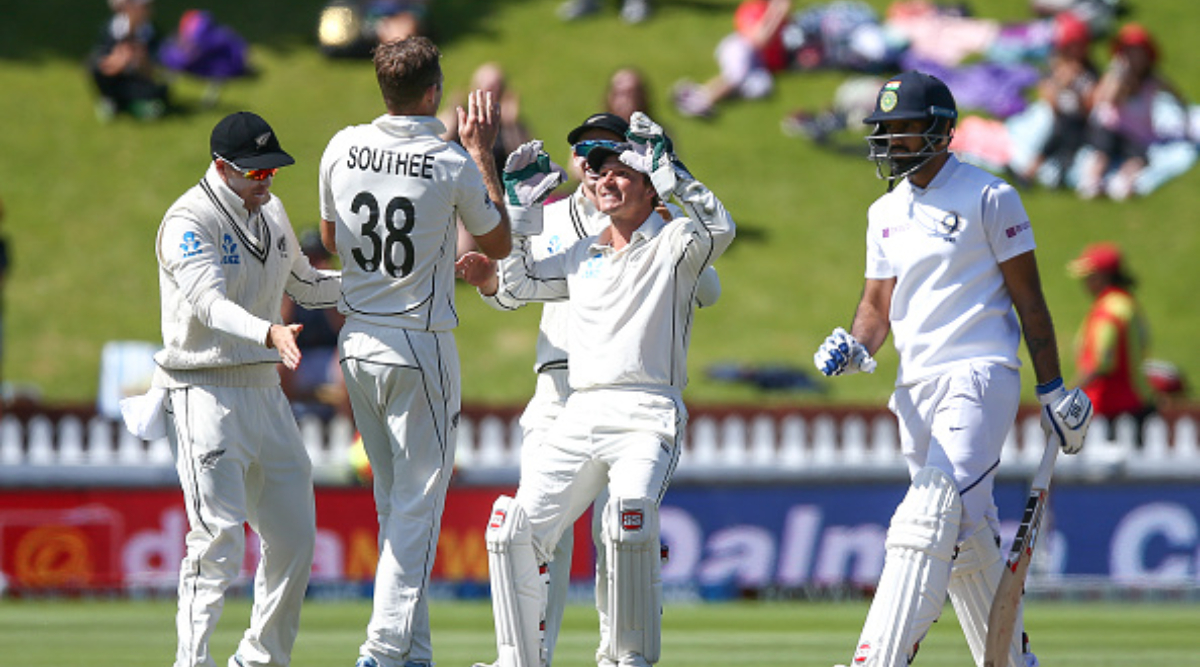 New Zealand defeated India in the first of the two-match Test series to take a 1-0 lead. The hosts crushed India by ten wickets after being set just nine runs to win. The defeat was India’s first in the eight ICC World Test Championship matches played thus far. With this win, New Zealand moves to fifth place on the ICC World Test Championship 2019-21 points table. The visitors were once again bowled under 200 as Tim Southee scalped a five-wicket haul. India vs New Zealand 1st Test 2020 Full Scorecard.

After securing the massive 183-run lead in the first innings, New Zealand bundled out India for just 191 runs. Mayank Agarwal was top-scorer for India as he posted a half-century. The rest of the batsmen simply failed to put up a significant contribution as New Zealand bowlers continued their good work. Apart from Southee’s five-wicket haul, Trent Boult picked four wickets as well.

Openers Tom Latham and Tom Blundell then scored the nine runs in just 1.4 overs as New Zealand took an unassailable lead in the two-match series. Fans were disappointed to see India lose without putting any fight, and the disappointment was very well visible with their reactions. India vs New Zealand 1st Test 2020 Match Report: Tim Southee Picks Five-Wicket Haul As Kiwis Thrash Visitors by 10 Wickets.

Kohli : Every game is important for us.

Kohli : ODIs are not relevant. Focusing on t20.

Captain clueless for you. @imVkohli. #NZvIND

The only positive, if I really, really think, from this match is that we don't have to wake up early on the 5th day. #NZvIND

So that T20 series win was fluke or luck? @imVkohli #NZvIND

This was New Zealand’s 100th Test win and also their third ten-wicket win over India in Tests. Interestingly, under Virat Kohli’s captaincy, this was India’s only second defeat in Tests after batting first.