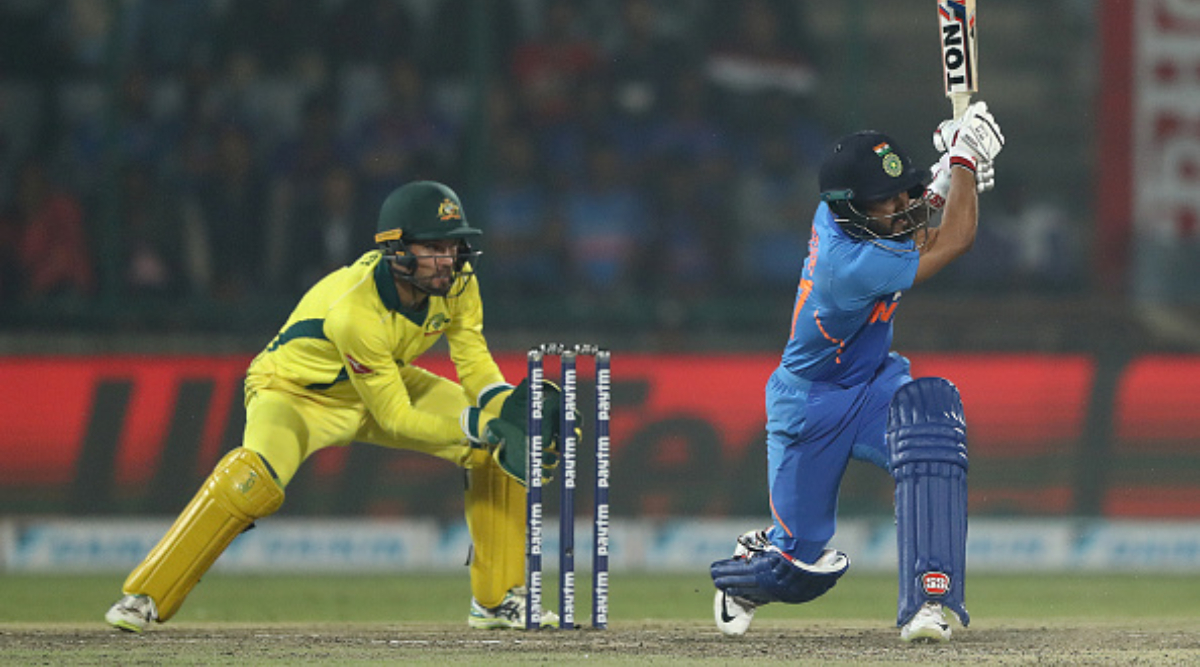 India bounced back in spectacular fashion in the second ODI in Rajkot to level the three-game series against rivals Australia. The Men in Blue were blanked by the travelling party in Mumbai, but the character shown by the home side in a pressure situation was brilliant to say the least. Chinnaswamy Stadium in Bengaluru which plays host to the decider is another venue that should offer plenty to the batsmen. The two teams will fancy their chances in the final game, but Indian cannot afford to lose a second straight series loss against the Australians at home. In terms of head to head record, the two teams have clashed on 139 occasions in ODI cricket so far with Australia winning 78, Indian 51 and 10 games producing no result. A look back at their last five games. India Vs Australia, Live Cricket Score 3rd ODI Match.

A 90 ball 96 by opener Shikhar Dhawan coupled with some late heroics by K L Rahul who managed 80 in just 52 balls helped India pile on 340 against the Australians. The Aussies were steady in chase till Steve Smith was on the crease, but after his departure, they lost their way and the game by 36 runs.

Mitchell Starc and Pat Cummins shared five wickets between them as they put breaks on India’s scoring with the hosts batting first. The Men in Blue finally finished with 255 on board which was not enough on a Mumbai pitch. The Aussies buoyed by centuries from openers David Warner and Aaron Finch won the game by ten wickets. India vs Australia 3rd ODI 2020: Virat Kohli vs Adam Zampa, Aaron Finch vs Jasprit Bumrah and Other Exciting Mini Battles to Watch Out for in Bengaluru

Shikhar Dhawan’s brilliant innings of 117 along with Virat Kohli’s 82 helped India put on a massive 352 runs on the board. Australia were slow to get off the blocks but did manage to get past 300 thanks to Alex Carrey’s fifty. The Oz ultimately lost this key World Cup contest by 36 runs.

Usman Khawaja’s patient 100 from 106 balls proved to be a match-winning one with the Australians getting to 272-9 batting first. The opener received limited support from his peers but kept scoring at one end for the visitors. India in reply were bundled out for 237 with Adam Zampa claiming three wickets.

Openers Shikhar Dhawan and Rohit Sharma put on a 193 run opening stand to help power India to 358 runs batting first. India reduced Australia to 12-2, but Usman Khawaja and Peter Handscomb started the rebuild job for the visitors. It was then left to Ashton turner to produce a man of the match display with a 43 ball 84 to seal India’s fate. Rohit Sharma Should Be Fit Enough to Play Final ODI Against Australia in Bengaluru, Says Virat Kohli.

India and Australia have quality in every department, but the final game will be more about a test of nerves than skills. The Men in Blue will start as favourites considering they have momentum with them.