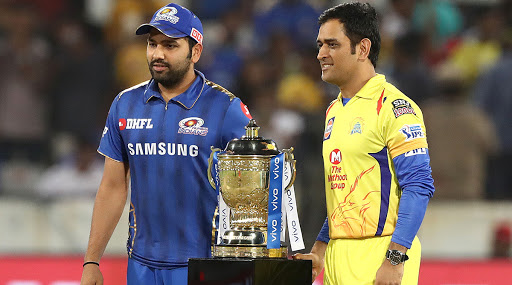 The Indian Premier League (IPL) All-Star game, a star-studded clash between two South-West India and North-East India, will be held in Mumbai on March 25, 2020, the BCCI announced on Sunday. The encounter, a first in the history of the cash-rich league, was announced last month by BCCI President Sourav Ganguly with top stars from each of the franchises expected to be part of the match although there have been doubts over the franchises releasing their players just four days prior to the start of a new IPL season. The schedule for IPL 2020 – starting March 29 – was also announced pending official confirmation from the BCCI working committee. IPL 2020 Schedule Out? Check and Download PDF of Full Fixtures of All Teams in Indian Premier League 13 Leaked Online.

Defending IPL champions Mumbai Indians will host last season’s runners-up Chennai Super Kings in the IPL 2020 opener on March 29, 2020. The match will be played at the Wankhede Stadium, exactly four days after the venue hosts the IPL All-Star match.

Meanwhile, the BCCI apex council meeting has also decided to play one Day-Night Test matches each in the Australia tour and the England series. “Yes, India will play a day-night Test in Australia. Also, the second Test between India and England at Motera will be a day-night affair,” a BCCI official was quoted as saying to the Indian Express. India will be travelling to Australia for a four-Test series towards the year-end while England are set to travel to India early next year.