IPL 2020: Check out Full List of Coaches & Support Staff of all Eight Teams for Upcoming Edition of Indian Premier League 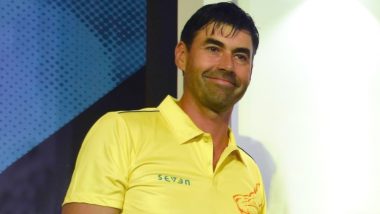 The IPL 2020 is more than a month away and the teams have already started charting out their plans for putting the players in quarantine. The tournament is all set to happen in UAE and will begin on September 19, 2020, and the finals will be played on November 10, 2020. The players will be quarantined for the span of seven days and four COVID-19 tests will be conducted as they head to the 13th edition of the Indian Premier League. The schedules of the Indian Premier League 13 are yet to be announced. As we wait for the schedules, let's have a look at the list of coaches and support staff for all the teams below: IPL 2020: Mumbai Indians Decides to Put Team in a Hotel, CSK Asks Players to Arrive Chennai as Franchises Start Quarantine & Testing Procedures.

Led by Shreyas Iyer, the team had put up a great performance in the IPL 2019. The team would look to go one step further and by the end of the tournament would want a fairy tale ending. Ricky Ponting is all set to retain his place as the head coach of the team. Mohammad Kaif will is the Assistant Coach. Whereas James Hopes will be the fast bowling coach.

The team which has never walked away with the IPL gong and have mostly landed up in the lower spots of the table. Virat Kohli-led RCB would be looking to change their fortunes with Simon Katich being the head coach. Sridharan Sriram will be handling the batting and spin bowling department. Shankar Basu is the strength and conditioning coach. Evan Speechly is the physio of the team.

The team has changed their captain this season with David Warner returning to handle the reins of the team. Trevor Bayliss as the head coach of the team with Brad Haddin being his assistant. VVS Laxman continues to be the batting coach of the Orange Army. Whereas Gary Kirsten is the performance analyst.

Stephen Fleming will continue to coach MS Dhoni and men for the IPL 2020. He has been around for quite a long time for CSK. Micheal Hussey will be his assistant and Lakshmipathy Balaji will be the bowling coach. Eric Simmons is the bowling consultant.

Kings XI Punjab a new coach this season with Anil Kumble stepping into the shoes of Mike Henson.  Ryan Harris will be the bowling coach. King of Ranji Trophy Wasim Jaffer will be the batting coach. Jonty Rhodes is hired as the fielding coach.

Rajasthan Royals had quite a shabby season last year in the IPL. Andrew McDonald now handles the reins of the coach of the Jaipur based franchise. Amol Mazumdar is the batting coach. Whereas Sairaj Bahutale is spin bowling mentor. Steffan Jones is hired to look after fast bowling of the side. Whereas, John Gloster will do the job of keeping the player fit by being the physiotherapist. Dishant Yagnik is the fielding coach for IPL 2020.

The Kolkata based franchise which is led by Dinesh Karthik has parted ways with Simon Katich and Jacques Kallis. They have now brought in  Brendon McCullum is the new head coach, whereas Abhishek Nayar will be his assistant. David Hussey is a mentor and Kyle Mills will be the bowling coach.

The IPL 2020 was supposed to be conducted in March 2020, but it was due to the outbreak of the coronavirus, the tournament was postponed. Now with the tournament being announced, the fans and franchises are quite excited about the same.

(The above story first appeared on LatestLY on Aug 07, 2020 05:15 PM IST. For more news and updates on politics, world, sports, entertainment and lifestyle, log on to our website latestly.com).