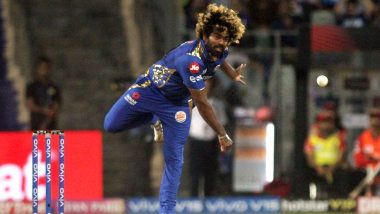 Only two Sri Lankan players are part of the IPL teams for the 2020 season. Lasith Malinga for Mumbai Indians (MI) and Isuru Udana for Royal Challengers Bangalore (RCB). Chances are these two players could miss the start of IPL 2020 as the Sri Lanka Cricket officials have made it clear that layers will not be allowed to leave the tournament mid-way to play in another league like CPL 2020 or IPL 2020. IPL 2020 Players Update: Dwayne Bravo, Andre Russell, Kieron Pollard, Sunil Narine and Other West Indies Cricketers to Miss First Few Matches of Indian Premier League Season 13 Due to CPL T20?

So, Sri Lankan players will not only miss the CPL 2020, which will be held from August 18 to September 10, but the start of IPL 2020 as well. It will be interesting to see how many overseas players will be part of the IPL 2020.

(The above story first appeared on LatestLY on Jul 30, 2020 08:17 PM IST. For more news and updates on politics, world, sports, entertainment and lifestyle, log on to our website latestly.com).