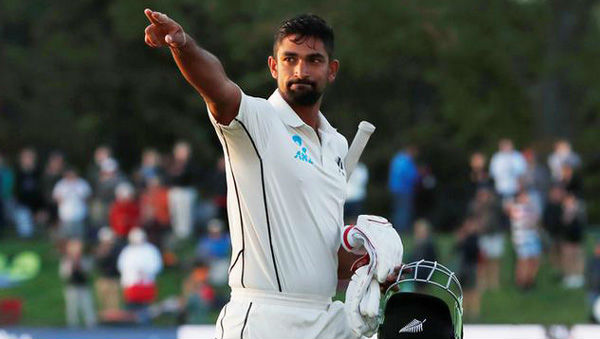 Jaipur, January 2: Rajasthan Royals on Thursday announced New Zealand leg-spinner Ish Sodhi in a dual role which will see the 27-year-old be a part of the teams support staff as a spin consultant, while also contributing in operations for the upcoming season of the Indian Premier League (IPL). IPL 2020 Schedule: Indian Premier League 13 Start Date and Full Time Table Searches Increase After Player Auction.

As part of his new role with the franchise, Sodhi will be working closely with Royals' spin bowling coach Sairaj Bahutule and Chief Operating Officer (COO) Jake Lush McCrum.

Speaking on his appointment, Sodhi, who has picked up 47 wickets in 40 T20Is for the Black Caps, said: "It is a fascinating opportunity for me, to be involved in the coaching staff at such a young age, while also supporting and learning about the operations of the business. I am very much looking forward to developing my coaching skills alongside Sairaj and learning from Jake on business operations."

Commenting on the development, Royals' head of cricket Zubin Bharucha said: "We are very happy to welcome back Ish to the Royals family in his new role. The induction of Ish in this dual role demonstrates the Royals' commitment to recognise and reward young talent to develop into masters in their field of work. I congratulate Ish on his new stint and wish every cricket fan across the globe gets behind the team when Rajasthan Royals kicks off its new season this summer."

Sodhi has represented Royals in eight IPL matches, picking up nine wickets at an economy of 6.69. He was released by the franchise before the IPL 2020 auction, but has returned in a new capacity. "I am delighted to be taking on this new challenge at Rajasthan Royals with this dual role."

Sodhi has played for the Jaipur-based franchise in two seasons in 2018 and 2019. IPL 2020 Scheduled to Begin Early? T20 Tournament Clashes With AUS vs NZ and ENG vs SL, BCCI Plans To Kick Off IPL 13 on March 28 Next Year.

"Having played for two seasons for the Royals, I have formed a great level of understanding with all the people involved with the franchise, and they have always been very supportive of me. Therefore, I did not have to think twice when this opportunity was offered to me by the Royals' management. I love this franchise and want to help us win the IPL this year," he said.

All-rounder Shreyas Gopal, who has played with Sodhi for the Royals, also welcomed the appointment and said that the New Zealand leg-spinner and Sairaj will be a great combination for him and the other spinners.