After winning the first ODI by seven wickets, Netherlands is here to play the second game against Zimbabwe. 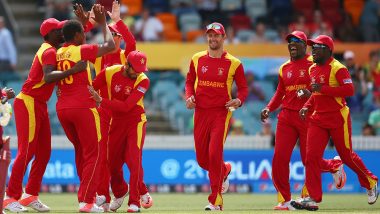 After winning the first ODI by seven wickets, Netherlands is here to play the second game against Zimbabwe. The match will be held at the same venue Sportpark Het Schootsveld, Deventer. The last match was interrupted due to rain. Zimbabwe made the score of 205 runs. It was Brendon Taylor who made the highest runs for the side. He made 71 runs for the side. Titbits from others helped the team made 205 runs. But it was Max O’Dowd from Netherlands who led the team to the finishing line as he made 82 runs. Netherlands vs Zimbabwe Cricket Score 2nd ODI Match.

A little support from his colleagues and the team made 209 runs for the loss of four wickets. Along with Dowd, it was Wesley Barresi who remained not out for the side scoring 39 runs. Needless to say that the hosts are looking forward to clinching victory and seal the series. For now, let’s have a look at the live streaming details of the game.

Netherlands vs Zimbabwe Schedule: Where and when will be the second match between NED and ZIM starting?

As mentioned above, the game will be held at Sportpark Het Schootsveld, Deventer today on June 21, 2019. The match will start at 2.30 PM IST. Which means, the toss will take place half-an-hour prior which means at 2.00 PM. There is no official word on the official broadcaster of the match.

As per the official website of the Netherlands Cricket Board, all four ODI and T20I games will be telecasted and streamed exclusively on their official website kncb.nl and YouTube channel "CricketNederland" which is accessible via live stream across the globe. You can also get ball-by-ball-updates of the match here on Latestly.com.

(The above story first appeared on LatestLY on Jun 21, 2019 01:00 PM IST. For more news and updates on politics, world, sports, entertainment and lifestyle, log on to our website latestly.com).