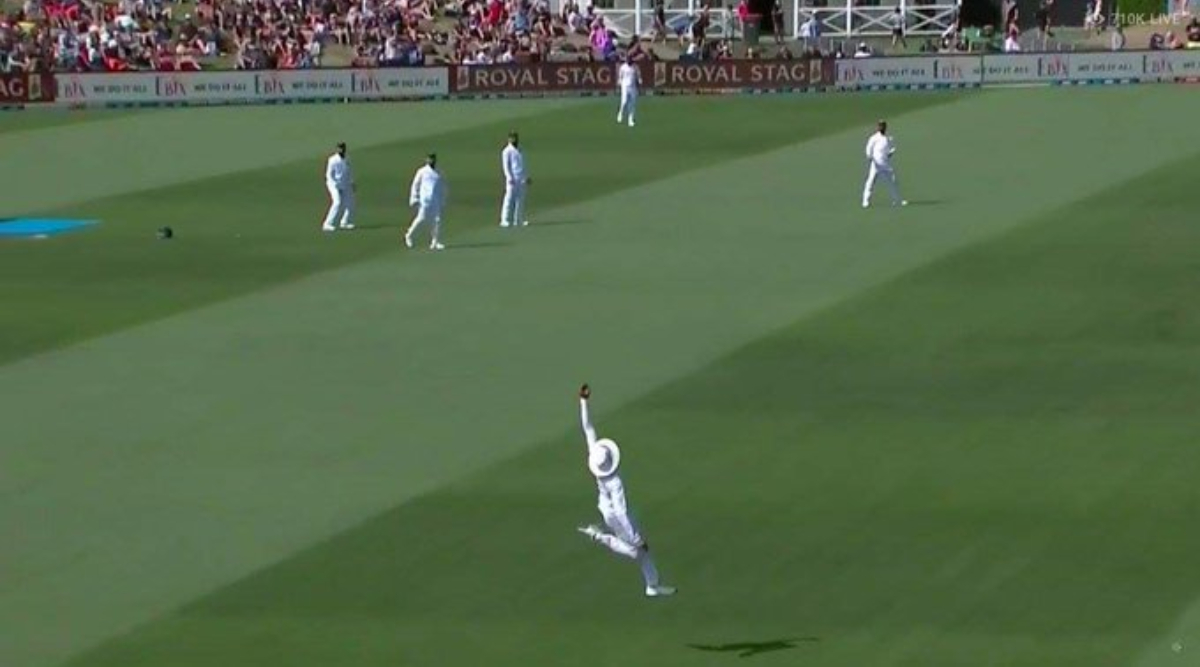 Ravindra Jadeja is a genuine all-rounder. He not only makes valuable contribution with the bat and ball but with his fielding as well. Jadeja often comes up with a fielding brilliance and stuns the opposition. Be it his direct hit at the stumps or superb catching, Jadeja truly adds third dimension to his cricket. Meanwhile, during the ongoing second Test between India and New Zealand at Christchurch, Jadeja, on day two, took a sensational catch to dismiss Neil Wagner. It was an important breakthrough as New Zealand were threatening to take lead against India.  New Zealand Vs India, Live Cricket Score 2nd Test Match.

Jadeja was placed well inside deep square and it appeared that the shot from Wagner’s bat will cross the boundary ropes. However, Jadeja threw himself up and plucked the catch from thin air with his left hand. It was a clean catch with so fumble whatsoever.

Even batsman Wagner looked on in shock as Jadeja completed the catch. At that stage, Wagner had added 51 runs for the ninth-wicket with Kyle Jamieson and the blackcaps were looking set to take the first innings lead. India vs New Zealand 2nd Test 2020 Day 2: Jasprit Bumrah, Mohammed Shami Help India Fightback; Kyle Jamieson Puts up Good Show With Bat.

One of the Greatest, Says Ian Smith!

This is not hyperbole!! Ian Smith is absolutely right! What a sensational catch by Ravi Jadeja! #INDvNZ pic.twitter.com/Fgflmi9xE8

Soon after Wagner’s dismissal, New Zealand were bowled out for 235 as Jamieson fell one run short of his half-century. With it, India gained a paltry seven-run first innings lead. For India, Mohammed Shami picked four wickets while Jasprit Bumrah chipped in with three wickets.