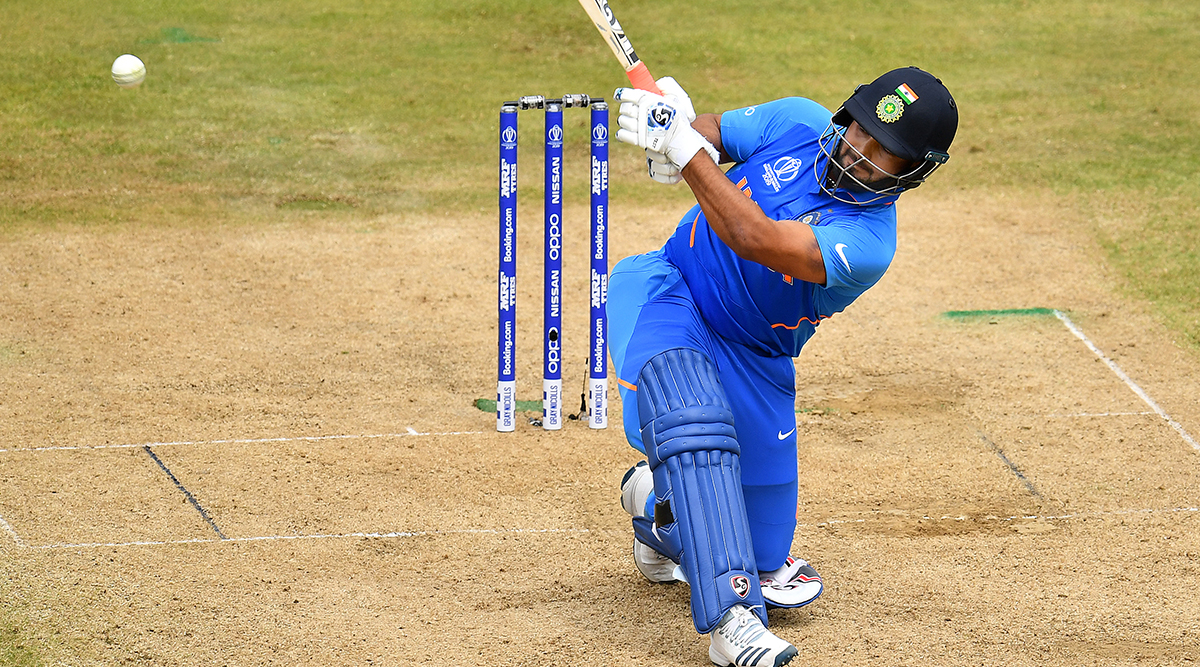 Rishabh Pant has finally ended his bad run in international cricket by playing a scintillating knock of 71 runs during the 1st India vs West Indies ODI. It was the wicket-keeper batsman’s maiden ODI fifty which powered India to a total of 288 runs in the first innings of the match. Pant, who faced a lot of criticism in recent times due to his ‘careless’ batting style, also earned a lot of fans at the MA Chidambaram Stadium in Chennai who were chanting his name throughout the match. The interesting thing is that this venue is MS Dhoni’s home ground in IPL where he plays for Chennai Super Kings and the local crowd turning up for Pant was certainly not a small thing. India Vs West Indies, Live Cricket Score 1st ODI Match.

On many previous occasions, the chants of MS Dhoni’s name were made by the spectators, when Pant made a mistake and the irony is that the same player is receiving this sweet gesture in the former’s home ground. During the course of his 71-run knock, the youngster smashed seven boundaries and a six to power India to a competitive total. The crowd also enjoyed Pant’s master class and supported him throughout the match. Rishabh Pant and Shreyas Iyer Hit Half-Centuries, Twitterati Laud Their 100-Run Partnership During India vs West Indies 1st ODI 2019.

Finally Everyone is shouting Rishabh Pant instead of Dhoni. #KnowledgeableChennaiCrowd pic.twitter.com/mCHLrQzotB

In recent times, the 22-year old has faced a lot of trolling on social media due to his poor performance on the field. Many were also questioning his place in the side. However, Pant has silenced many of his critics with his knock and will eye to extend his good run. As MS Dhoni has taken a long sabbatical after the 2019 World Cup, Pant is the first choice keeper for India in limited-overs and will certainly want to fill the boots of the Indian legend.

Speaking of the match, Kieron Pollard won the toss and elected to bowl first. Apart from Rishabh Pant, Shreyas Iyer also scored a half-century and guided the hosts to 288/8 in first innings. The total is certainly a competitive one but the Caribbean batting line-up consists of many potent players who can take the match away single-handedly.