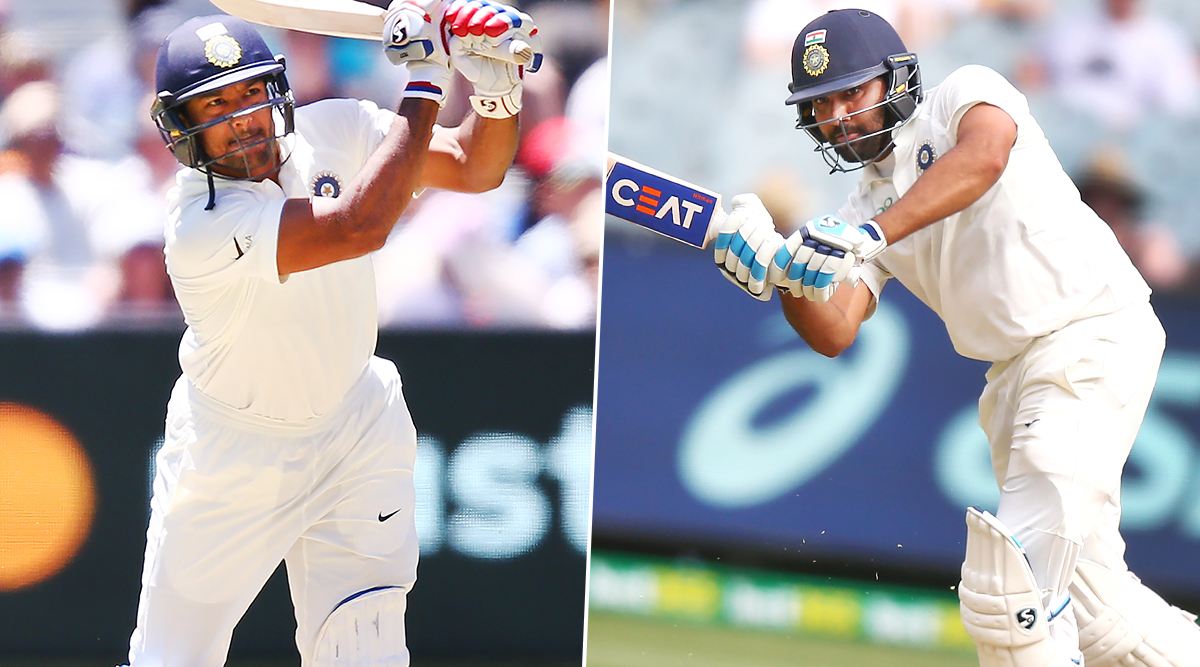 Rohit Sharma and Mayank Agarwal updated the record books when they opened the batting for India in the first India vs South Africa 2019 Test in Vishakhapatnam. Both batsmen notched up their respective tons and left the opposition awestruck.  All eyes were on Rohit Sharma while he made his much-awaited opening debut in Tests. After getting dismissed for a duck in the practice match, the batsman made an impeccable comeback and mustered a scintillating ton. The veteran's partner-in-crime Mayank Agarwal also displayed great resilience and made sure there are no wickets in South Africa’s wicket tally. He also reached the three-figure mark and became the 86th Test centurion for India. While demolishing the visitors, both the batsmen broke many records. India Vs South Africa, Cricket Score 1st Test Match.

This was the very first instance when Mayank and Rohit opened the innings together and both the batsmen displayed great coordination. As the runs on the Indian scoreboard kept on increasing, several records were made and broken. The opposition left shell-shocked by the two didn’t get a chance to recover. After reaching 100, Rohit went back to his vintage form and dismantled the Proteas bowlers before his innings ended on 176. While Mayank is still going strong after crossing 150 and will look to guide India to a massive first innings total. So, focusing on the topic, let’s check out the record piled by the Indian openers in first India vs South Africa Test.

2. Rohit now has four hundred at home without scoring one away which are the third most for any batsman.

3. Rohit currently averages 94.50 at home Tests, which is second highest for any batsman in Test history after Sir Don Bradman.

4. The openers stitched 317 runs together which is the highest partnership for India vs South Africa in Test.

5. Together, Rohit(6) and Mayank(3) hit 9 sixes in the innings, which is highest for an Indian opening pair in Test Cricket.

6. The opening stand of 317 runs is the third Highest Opening Partnership for India in Tests.

7. This match is the tenth instance where both Indian openers scored their respective centuries.

8. This is the fourth instance where both the openers crossed the 150 run-mark in a Test innings.

India currently have the upper hand in the opening Test match as they are all set to register a massive first innings total. The likes of Virat Kohli, Cheteshwar Pujara and Ajinkya Rahane will want to make the ideal use of the start they got and knock South Africa out of the contest. While the visitors will want to go through India’s middle order and do damage control.