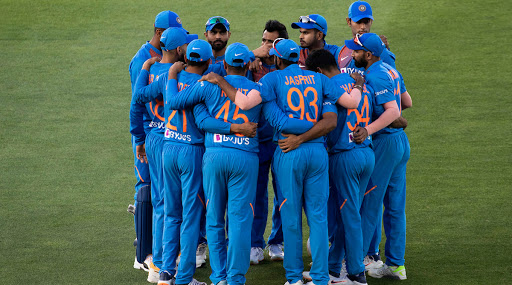 The coronavirus outbreak has brought the entire world to a standstill and people are being advised to stay inside their homes to prevent it from spreading and further. Indian Prime Minister Narendra Modi announced nationwide lockdown for three weeks starting from March 25, 2020, as a precautionary measure. During this time, Indian cricketers are spending time with their family but strength and conditioning coach Nick Webb in consultation with physio Nitin Patel has developed customized routines for Virat Kohi and Co. to stay in top shape. Virat Kohli, Anushka Sharma Urge People to Stay Indoors During 21-Day Lockdown.

According to a report from The Times of India, sources in the team management have told them that Webb and Patel have made specific routines for each player and has contacted them to make sure that they can continue to remain in shape during their time away from the game due to the coronavirus pandemic. Ravi Ashwin, Irfan Pathan, Anil Kumble, Gautam Gambhir, Sanjay Manjrekar & Others Applaud PM Narendra Modi’s Decision of 21-Day Lockdown (Read Tweets).

‘Someone like a Kohli loves to train with weights, so his routine has weights involved like clean and jerk and deadlifts and other exercises. While other players might be comfortable doing free-hand exercises, so in that case he has been given more free-weight functional training options’, the source pointed out.

The Indian players were expected to take part in IPL 2020 but the tournament has been postponed until April 15 due to the COVID 19 outbreak. But as per recent reports, the tournament might be shifted towards the end of the year or cancelled completely if the virus is not contained in time.