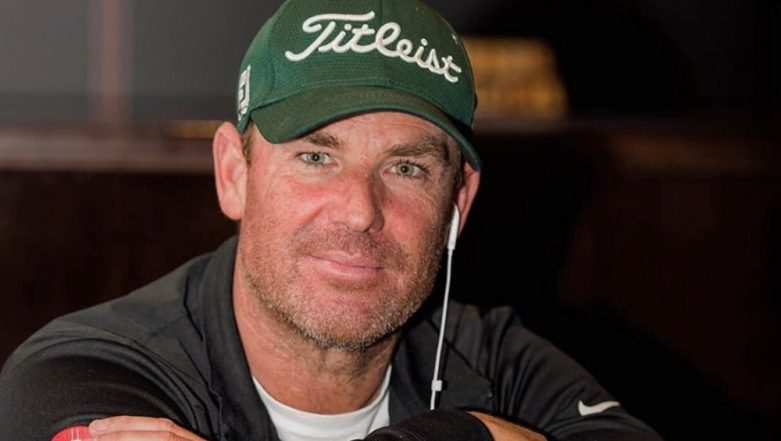 London, Aug 9: Legendary Shane Warne has been appointed head coach of the London Spirits team for next year's Hundred competition and the Australian is looking to replicate the success he enjoyed with the IPL side Rajasthan Royals. As captain-cum-coach of Rajasthan Royals, the former leg-spinner had led the side to title-triumph in the inaugural IPL edition in 2008.

"I'm very proud and very honoured to be asked to be the head coach of the Hundred team based at Lord's. The opportunity to coach in a brand new tournament and work with modern-day players is something that I will really enjoy and I am looking forward to the challenge," Warne said. Shane Warne Made Coach of Lord’s Based Team for Inaugural Edition of ‘The Hundred’ Cricket Tournament.

"I love the concept of the Hundred and it has grabbed my attention in the same way the IPL did," he was quoted as saying by 'The Guardian'.

Run by England and Wales Cricket Board, the first edition of 'The Hundred' -- a professional 100-ball cricket league -- is scheduled for next year. The league will consist of eight city-based franchise teams, each of which will field both a men's and women's team.

The 49-year-old said he was excited about building the team from scratch.

"This tournament will unearth some heroes and hopefully some future World Cup stars for England and other countries. "We built a team from scratch with a diverse range of players from different backgrounds and ages and I can't wait to build the same mix of players to entertain the fans who come down to Lord's for the Hundred," said Warne. Meanwhile, former Australia women's coach Lisa Keightley will coach the women's London team.