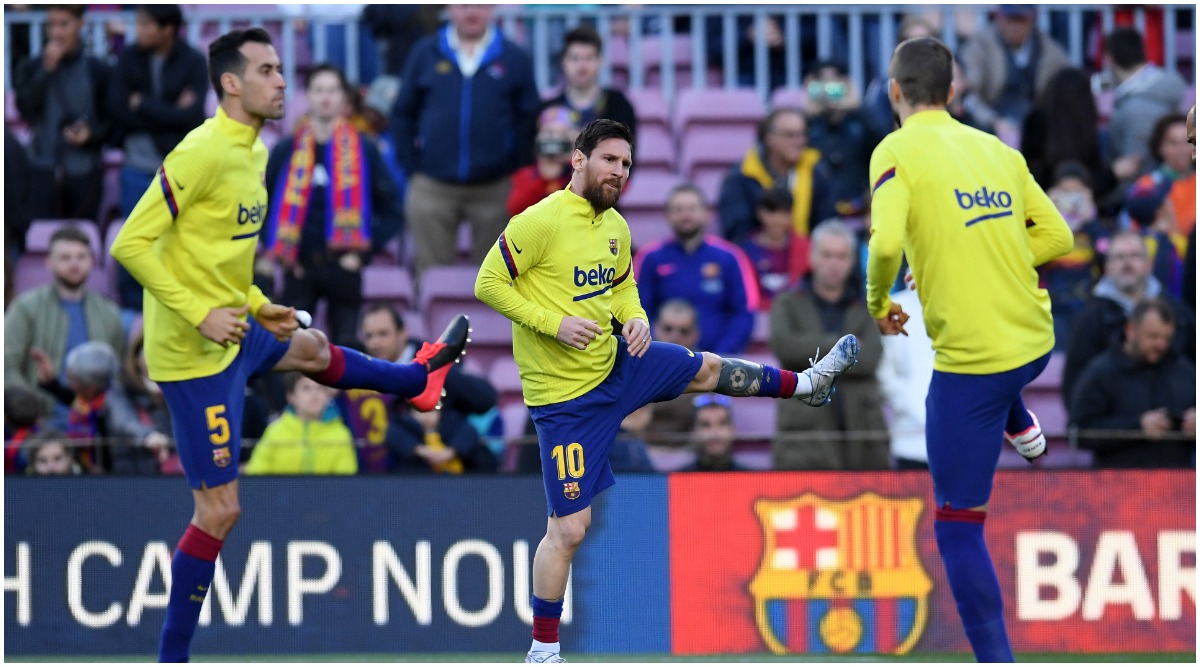 With sporting activities all over the world suspended and business far from normal, Barcelona have taken measures to slash the salaries of their players and staff in a bid to reduce the economic impact caused by the coronavirus crisis, the Spanish football club informed in a statement. The decision means all players at the club, including captain and six-time Ballon d’Or winner Lionel Messi, will face a compulsory wage deduction during the period of lockdown. “The Board of Directors have discussed the measures to be applied to minimise the economic impact that the coronavirus crisis is causing,” a statement from the club read. FC Barcelona Records First Case of Coronavirus, Ramon Canal & Josep Antoni Gutierrez Tested Positive: Reports.

Football in Spain, as well as in most parts of the world, have been suspended for an indefinite period in the wake of the global coronavirus outbreak. The country announced a 21-day lockdown after the COVI-19 situation escalated pretty quickly resulting in over 4000 deaths and more than 56, 000 people contracted with the disease. "The suspension of competitions, following the epidemic of Covid-19, entails the cessation of all activities, sporting and non-sporting, at our club," the statement further read. Barcelona Posts a Video of Amazing Assists by Lionel Messi, Fans Hail the Six-Time Ballon d’Or Winner (Watch Video).

The decision was taken following a board meeting via video conference among the members and the stakeholders of the club. “Among the measures adopted, it's worth noting those related to the workplace are motivated by the need to adapt the contractual obligations of the club staff to the new and temporary circumstances that we are experiencing,” the club said.

“Basically it is a reduction of the working day, imposed by the circumstances and the protection measures carried out, and, as a consequence, the proportional reduction of the remuneration provided for in the respective contracts,” it further read.

Meanwhile, it was earlier reported that the Barcelona players were ready to accept a reduction in their wages amidst the virus outbreak and had also reportedly held discussions with the club on this matter. The club also informed that it had offered its facility to the local health administration for the need to combat COVID-19 and is also working on other ways to help the Spanish government in fighting to contain the spread of coronavirus.