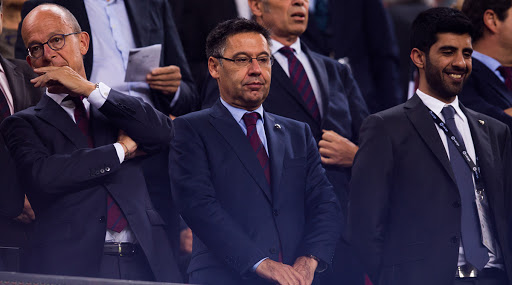 FC Barcelona and their president Josep Maria Bartomeu are once again under scrutiny as reports emerged in Spain of the board being involved in a secret paid campaign to attack clubs legend’s, players and presidential candidates. This news has sent shockwaves around the club and all the people involved with it. But the Spanish giants since then in an official statement have denied the rumours stating they do not have any relationship with the social media accounts that have broadcasted the negative messages. Former Blaugrana Captain Carles Puyol Backs Lionel Messi to Stay at Barcelona.

It was reported by a respected media outlet Cadena Ser, that Barcelona had hired a firm named ‘I3 Ventures’ to create a positive image of the current president Josep Bartomeu on online platforms. The club allegedly paid one million euros to the company as a part of the campaign where they criticized players such as Lionel Messi, Gerard Pique and legends such as Pep Guardiola, Xavi Hernandez and Andres Iniesta. Antoine Griezmann Talks About his Relationship With Lionel Messi.

The Catalan heavyweights released a statement on their social media accounts stating ‘FC Barcelona roundly deny any relationship, and furthermore, the contracting of services linked to social media accounts that have broadcast negative or disparaging messages.’ With this, the club added that immediate legal action should be taken against the ones who accused them of such actions. ‘The Club demands an immediate rectification of the information published and reserves the right to exercise legal action against those who continue to implicate the Club in such practices.’

This news just adds on to the chaos in the Barcelona camp as recently Ousmane Dembele was ruled out for the remainder of the season due to an injury. While club captain Lionel Messi was involved in a public spat with Sporting Director Eric Abidal.