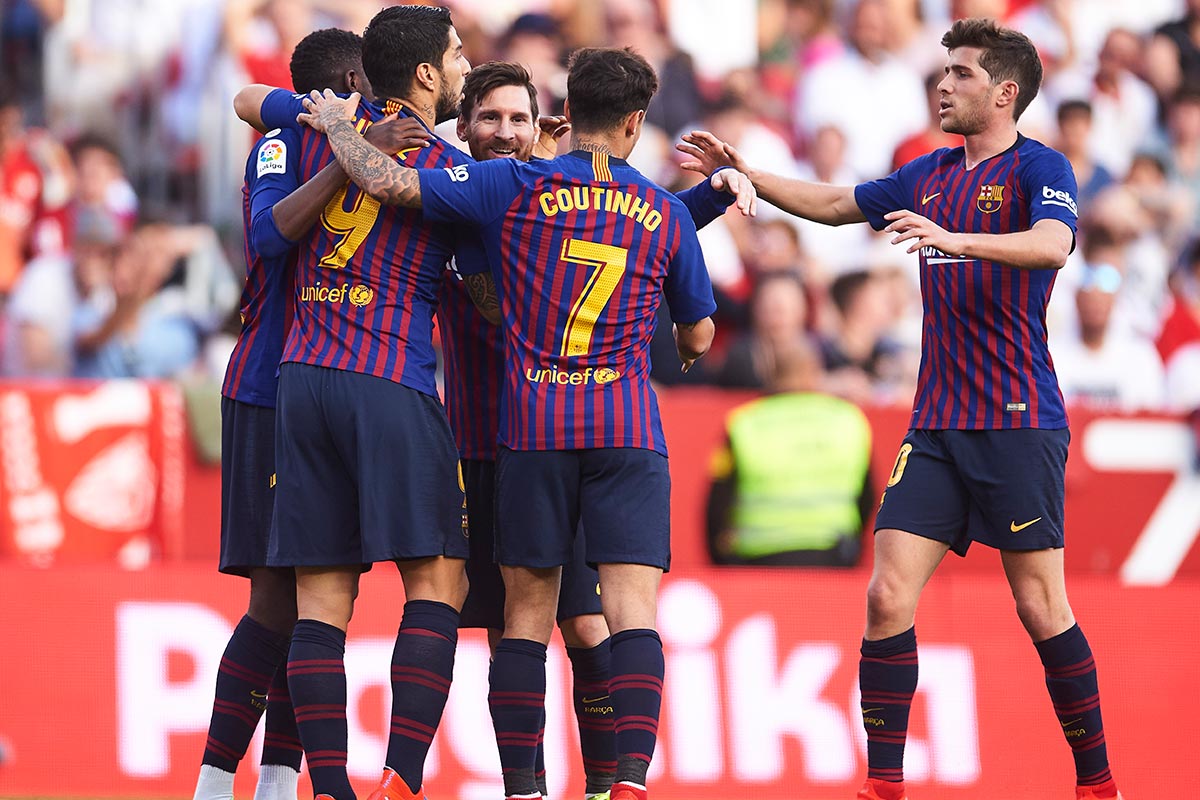 Quique Setien takes charge of Barcelona for the very first time when his team takes on Granada at the Camp Nou. The former Real Betis coach known for his love for high passing game replaces Ernesto Valverde who was sacked post the Catalonian club’s exit from Supercopa de Espana. Barcelona are second in the La Liga standings at the moment with 40 points from 19 games. But a win against Granada at home should see them go level on points with arch-rivals Real Madrid at the top. Granada comes into the game on the back of two wins and three losses in their last five encounters and are an unpredictable side to face. Barcelona Vs Granada - Live Football Score.

Luis Suarez is out for 4 months following a knee surgery which means Antoine Griezmann will play down the centre from his earlier wide position. Youngster Ansu Fati should get a chance in the starting eleven with Ousmane Dembele down with a hamstring problem. Ter Stegen has regained full fitness to resume his role as the Barcelona’s no one keeper after a brief spell out with groin injury. Lionel Messi will be the key for the hosts and Setien may use his captain in a free role in the attacking third.

Angel Montoro is suspended for the clash dealing a huge blow to Granada manager Diego Martinez. Yangel Herrera and Yan Eteki will undergo a late fitness test to ascertain their participation in the game. Veteran striker Roberto Soldado will line up in a lone striker role with Carlos Fernandez as the no 10. Darwin Machis and Antonio Puertas on the flanks could stretch Barcelona with their blistering pace and crossing range. Ronaldinho Talks About Lionel Messi’s Early Years at Barcelona, Says ‘He Didn’t Need Anything From Me’.

How to Watch Live Telecast of Barcelona vs Granada, La Liga 2019-20 Football Match?

Unfortunately, La Liga is not being live telecast on any television channels as there are no official broadcasters available for La Liga 2019-20 in India. Fans will therefore not be able to enjoy the live action of Barcelona vs Granada league clash on their television channels.

Where to Get Free Live Streaming Online of Barcelona vs Granada, La Liga 2019-20 Football Match?

Fans can, however, enjoy the Barcelona vs Granada match live on online platforms. La Liga’s official Facebook page will be live streaming the BAR vs GRD La Liga 2019-20 football match. JIO subscribers can also live stream the match on JIO TV. Meanwhile, fans can also follow LatestLY for the live score updates of this LA Liga encounter. Barcelona have a 100 percent home win rate against Granada and their golden run should continue when the two teams face off tonight.