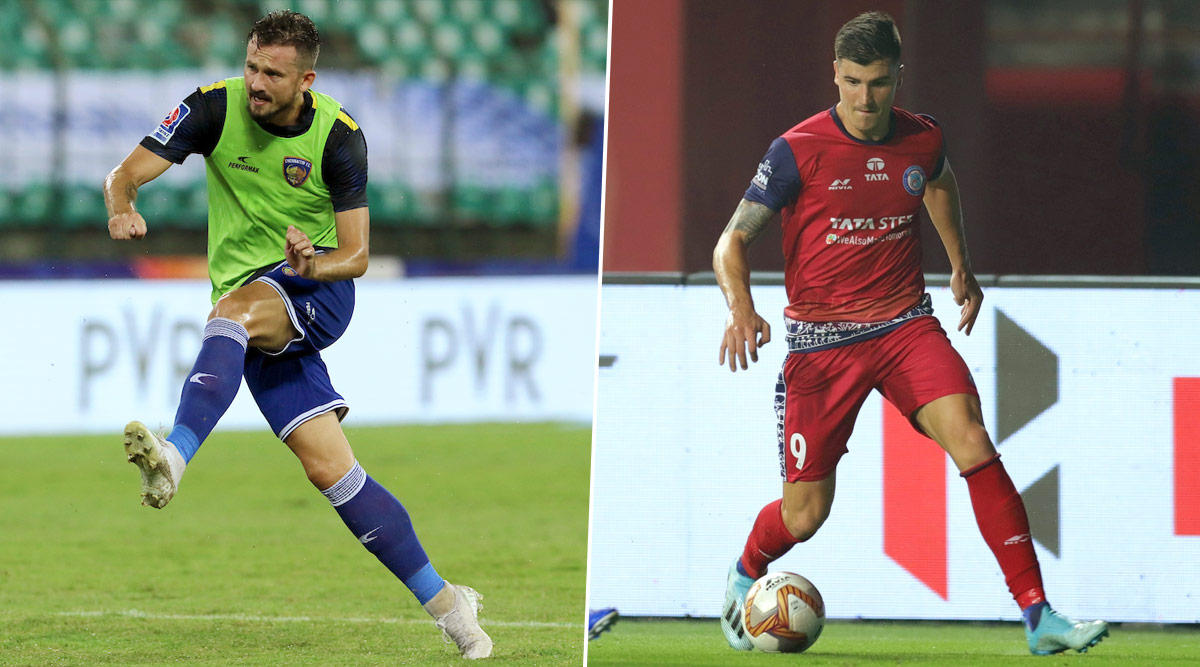 Chennaiyin FC and Jamshedpur will eye wins to stay alive in the race for top four in Indian Super League (ISL) 2019-20. Both teams have struggled to produce results in ISL 6 and have so far only recorded 4 wins from 12 games each in ISL 2019-20. For Chennaiyin though, 3 of those 4 wins have come in last 5. They are also on a two-match winning streak and host Jamshedpur at home where they blanked NorthEast United 2-0 in their previous game. Jamshedpur FC, on the other, tasted their first win in 7 games with the returning Sergio Castel orchestrating their comeback against Kerala Blasters. Fans, who play fantasy games like Dream11, can find all tips and team suggestions with player form and availability to build a strong Dream11 fantasy team for Chennaiyin FC vs Jamshedpur FC ISL 6 encounter. Chennaiyin FC Vs Jamshedpur FC - Live Football Score.

Sergio Castel scored in Jamshedpur FC’s last win over FC Goa before a hamstring pull ruled him out for nearly 2 months. Jamshedpur FC played 6 games in that period and failed to win any. But Castel’s return for the Kerala Blasters clash coincided with their first win since November. Castel scored from the spot against Kerala and forced another as Jamshedpur FC bounced back twice from behind to record their first win in 7 matches. They will, however, miss centre-back Tiri who suffered a rib injury against Kerala and is out for the Chennayin clash.

Own Coyle’s has overseen a remarkable turnaround for Chennaiyin FC ever since taking over from the erstwhile Championship winning manager John Gregory. In the 8 matches that he has managed, Coyle has guided Chennaiyin FC to 4 wins and 2 draws in 8 matches. From finding themselves in the bottom place in the ISL 2019-20points table, Chennaiyin FC are row ranked 7th in the team standings. But are still 6 points away from the final play-off place and need wins to keep themselves alive.

Chennaiyin FC vs Jamshedpur FC, ISL 2019-20, Dream11 Team Prediction: Goalkeeper – Both teams have struggled defensively and have already conceded a combined 36 goals in 24 matches. Subrata Paul (JFC) have, however, has been the in-form goalkeeper and should be picked.

Jamshedpur FC are ranked 6th in ISL 2019-20 points table with 16 points from 12 games. Chennaiyin FC have 1 less from the same number of games and are ranked 7th. The match ended in a 1-1 draw when both teams met earlier in ISL 6 and will be searching a winner this time around.