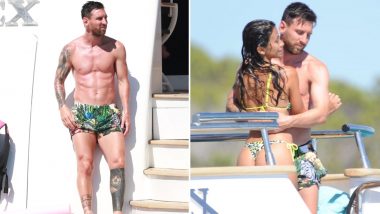 Lionel Messi and Luis Suarez are making most of the short break before Barcelona resume their Champions League 2019-20 campaign next month. The South American stars are enjoying a small getaway with their families in the Spanish island of Ibiza. Both Messi and Suarez were pictured relaxing on a lavish yacht near the Spanish island with their families. Messi’s stunning wife Antonela Roccuzzo and their three children were also present as was Suarez’s wife Sofia Balbi and their children. Missing the Ocean? These Sizzling Photos of Cristiano Ronaldo's Girlfriend Georgina Rodríguez in Bikini Won't Help But Too Hot to Ignore!

Messi and Suarez's families can be seen relaxing on the superyacht and enjoying their time off the football field. Messi and Suarez were spotted tanning their body on the yacht. Both the superstars have taken a break after La Liga came to an end last week. Messi and Suarez failed to lead their teams to a third straight La Liga title with Real Madrid clinching the trophy. Lionel Messi Wife, Kids and Net Worth: Who Is Antonella Roccuzzo? FAQs About The Barcelona Star Answered! 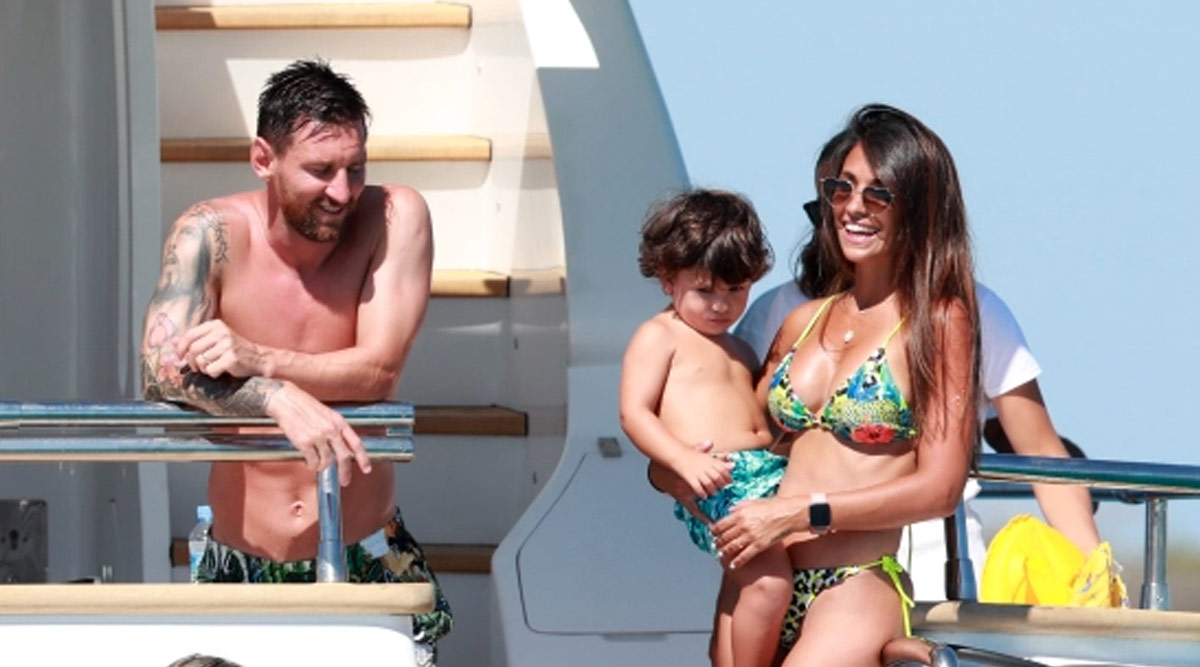 In the pictures, Messi’s wife Antonela Roccuzzo can be seen flaunting her stunning body in a mismatched bikini. Messi was spotted wearing swimsuit shorts. Cristiano Ronaldo and Bipasha Basu’s Pictures From 2007 Event Leaves Fans Surprised; Netizens Ask ‘Did They Really Had a Thing’. 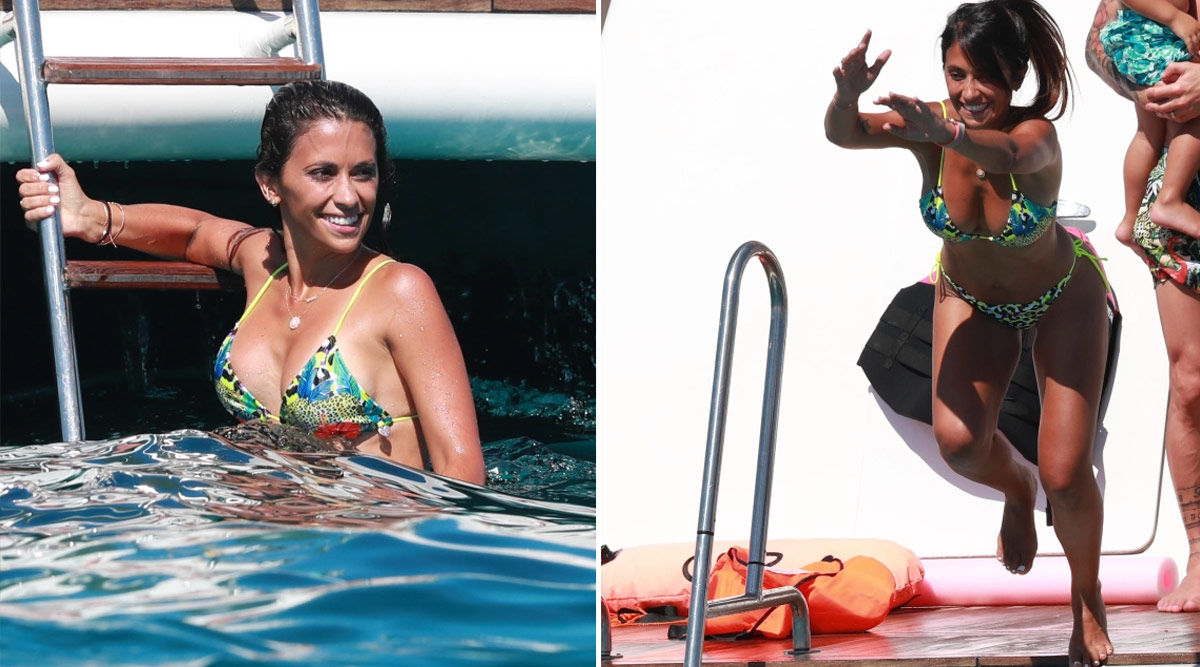 The Argentinian star even gave his wife a big hug. Their sons Thiago, Mateo and Ciro were also present on the yacht. 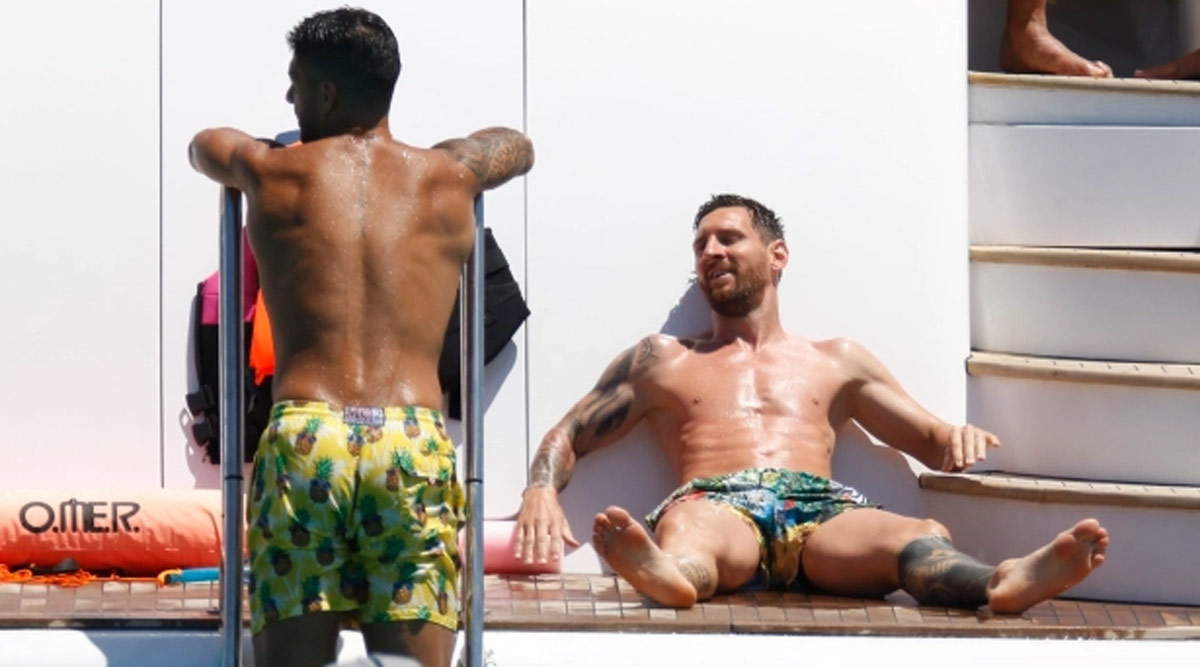 Lionel Messi and Luis Suarez Are Enjoying Some Time Off With Their Families in Ibiza (Photo Credits: Splash News)

Suarez meanwhile was seen surfing the waters in a mini jet ski. His wife Sofia was with Antonela and both enjoyed swimming in the water. 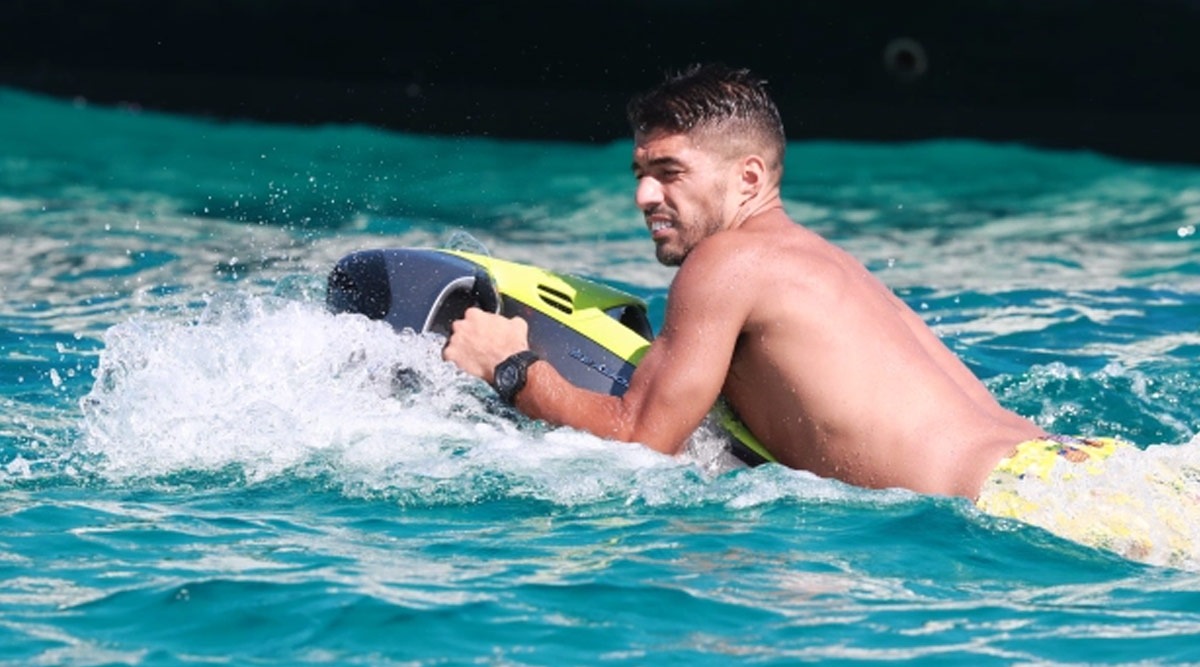 Messi and Roccuzzo tied the knot in 2017 and have three children together. Thiago, seven, is the eldest while Mateo is four and their youngest son Ciro is two-year-old. 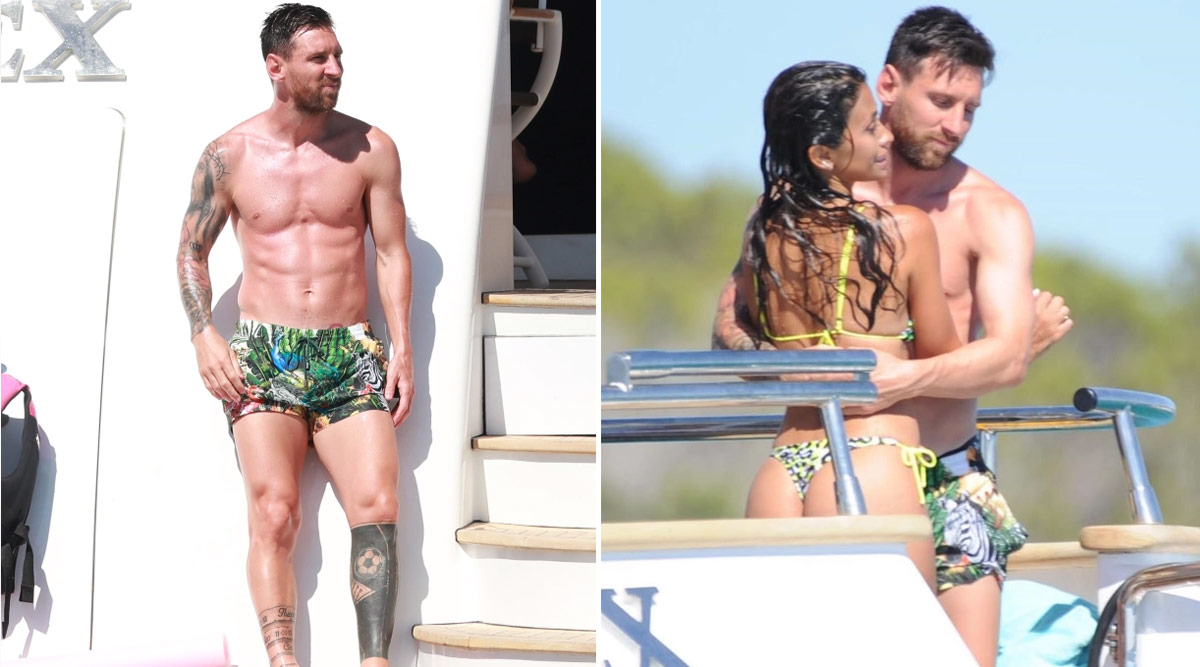 Messi's wife Roccuzzo enjoyed a taking a dive into the water and was seen smiling while taking the dive. She wore a Hawaiian bikini top and leopard print bottoms. 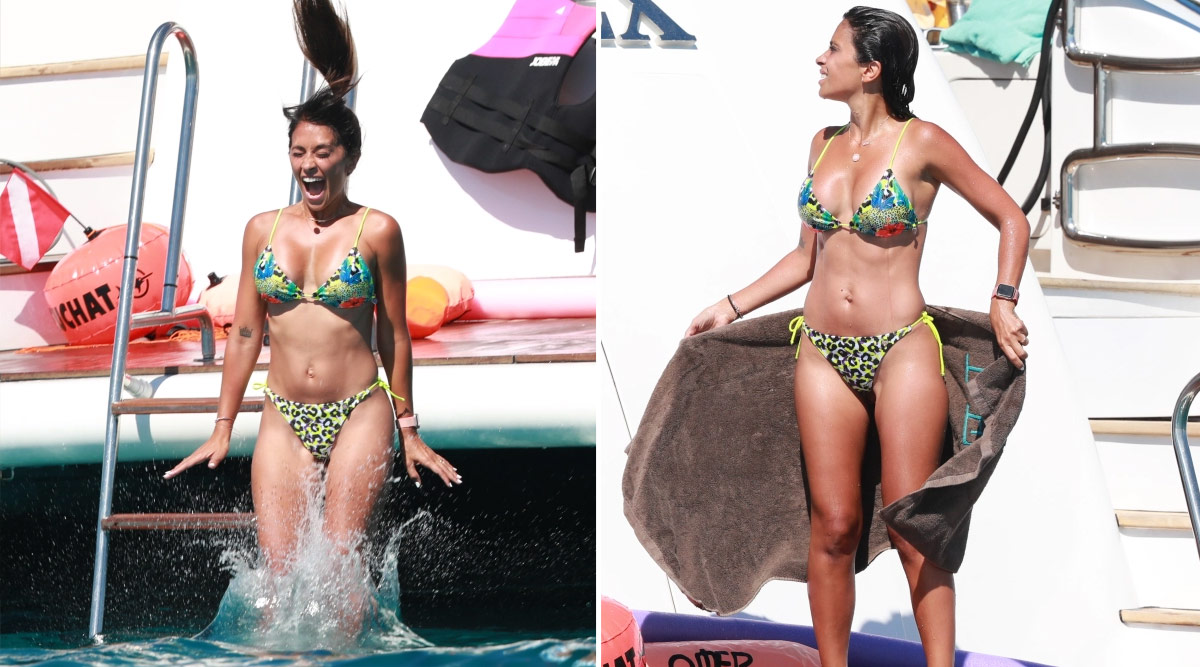 Luis Suarez and his wife Sofia were also present with their three children Delfina, Benjamin and Lautaro. Delfina is nine-year-old, Benjamin in six and the youngest son Lautaro is 20-months-old.

(The above story first appeared on LatestLY on Jul 24, 2020 12:20 AM IST. For more news and updates on politics, world, sports, entertainment and lifestyle, log on to our website latestly.com).